By Ckibiba (self media writer) | 4 months ago 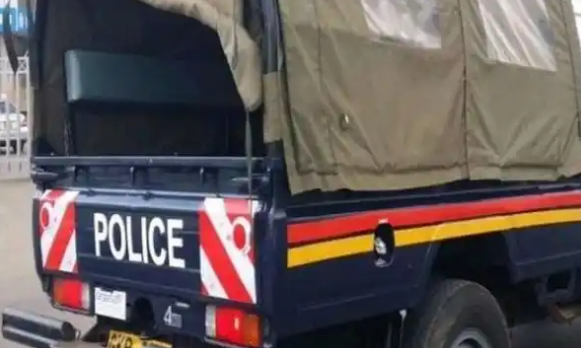 Two brothers were on Thursday, September 23, arrested in Elukhongo, Butula Sub-county after their fatally injured their siblings.

The suspects, Pascalina Odhiambo, 29 and Bonventure Ouma, 19, were responding to a distress call from their mother after they assaulted their elder brother who succumbed to injuries.

According to the Directorate of Criminal Investigation, the deceased had returned home at 8pm in a drunken stupor and demanded for food from their mother.

When she responded that food was not ready, the 32-year-old son descended on her with kicks and blows leaving her wailing in despair, for dear life.

The two brothers immediately responded to their mother’s scream only to find Juma assaulting her. They gave him a dog’s beating before they returned to bed.

“Early today morning at around 6am, the mother woke up and walked towards Juma’s house to check on him, despite having been assaulted by him the previous night,” said a statement from the DCI.

“She was however shocked to find him lying dead on the doorstep of his house, with a deep cut inflicted on his head, slightly above the left ear,” the DCI statement added.

The mother immediately alerted the local authorities who called in detectives based at Butula police station.

A machete, jembe and a rungu believed to be the murder weapons were found at the scene of the murder.

Meanwhile, the two brothers were arrested and placed in custody at Bumala Police station for processing and arraignment in court.

Primary School Teacher in Court; Here's What He Did to TSC CEO Nancy Macharia

Huwa Anaficha Simu Ukipitia Karibu; Learn On How The Phones Have Brought Strife In Relationships.

RIP Baby: Infant Dies In A Basin Full Of Water While Mother Busy

2022 Politics: OKA Reveals It's Next Plan Days After Mudavadi Joined Hands with the DP William Ruto