A Zimbabwean man who allegedly began the rumor that people in Zimbabwe were buying opulent items with human toes has apologized, saying it was all in good fun. 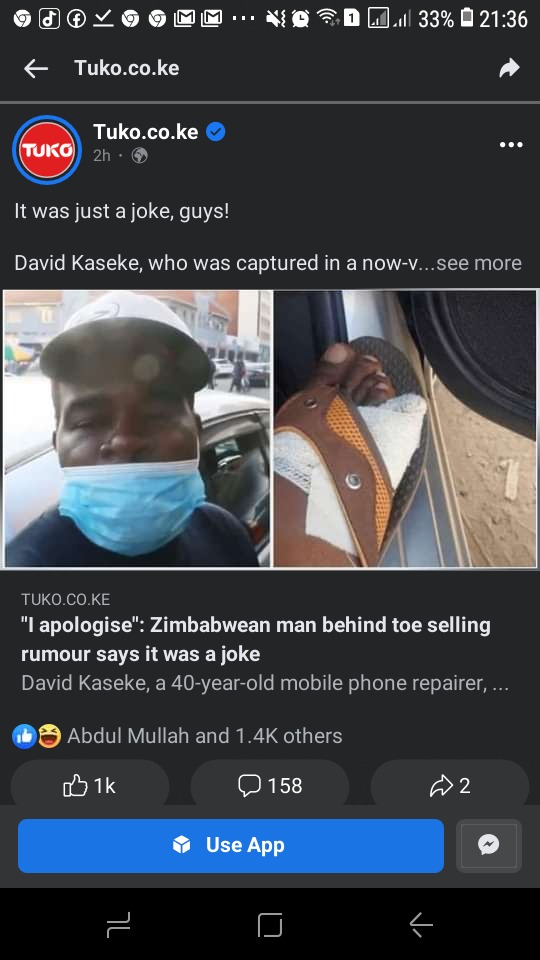 In a popular video, David Kaseke, a 40-year-old mobile phone repairman in Harare, Zimbabwe, claimed to be a member of a syndicate that bought the body parts at a profit. In an interview with Ghanaian YouTuber Wode Maya, Kaseke claimed that the toe hoax was the reason he created the joke, and when a reporter enquired about it, he acknowledged that it was genuine.

In response, Kaseke said that selling toes was unheard of in other areas of the world and was not practiced in Zimbabwe. Friends banded together to defend the middle-aged man, claiming that anything the journalists had recorded was incorrect.

In the popular video, Kaseke said they spent between KSh 3 and KSh 9 million to buy human toes. The allegations gained widespread attention online and inspired countless jokes on the continent, particularly in Kenya.

Kaseke was accused of criminal annoyance when he appeared before the Harare magistrate. The prosecution claims that on May 27, Kaseke was approached by a well-known tabloid at his place of employment. He admitted to the journalists that he was a member of the gang that purchased toes for ritualistic uses.

The big toe, he said, was selling for about KSh 8 million, while the tiny toe would bring in between 3 million and 3.5 million KSh. Authorities were alerted to Kaseke's statements, and he was taken into custody. The man eventually changed his story, admitting that he was drunk when he cracked the joke. 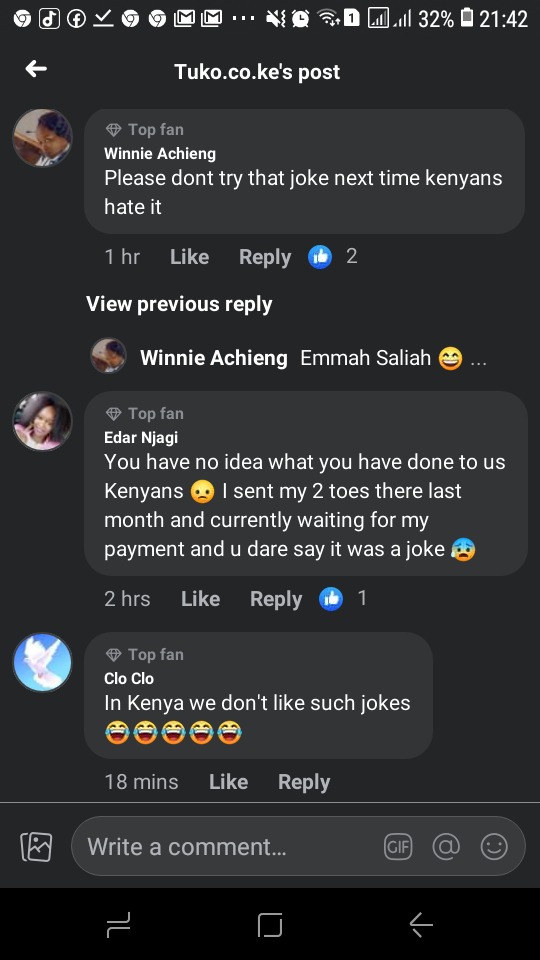 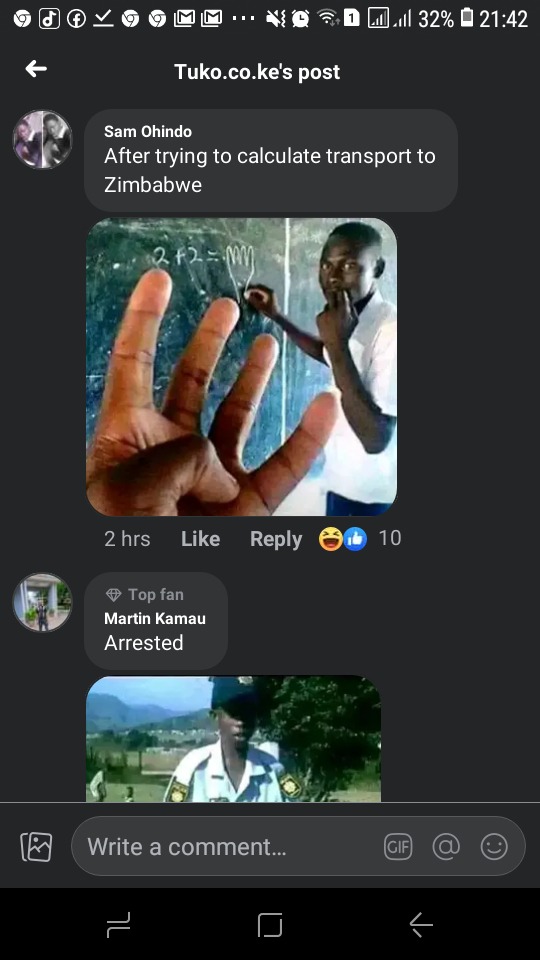