By Hittingnews (self meida writer) | 1 months 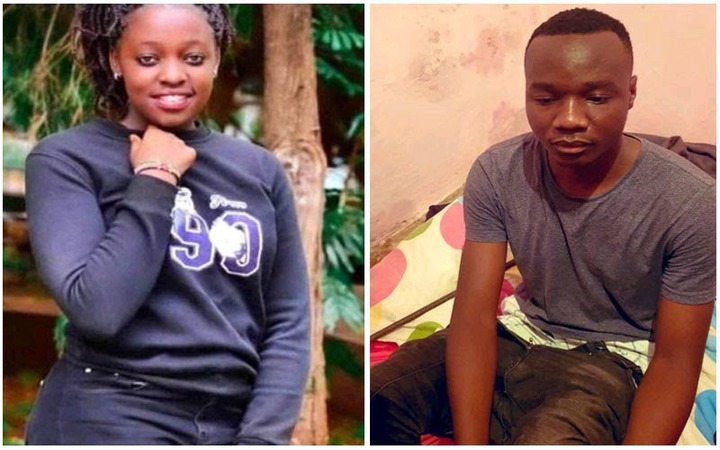 Makokha's father has broken silence about the earlier allegations facing his son. The father revealed that they had been receiving threatening messages from the suspect and now want the culprit kept in custody, claiming that their lives are in danger.

However the father of the suspect was shocked to see his son on TV. He claimed that he knew his son was in custody. Apollo Kalio said that he was supprised to see his son in the news in relation to the killing of his lover, Ambani.  Now Makokha's father and the main complaint in the case has revealed that his son was released from custody without his knowledge.

The father also alleged that his son was involved in the fire incident that claimed the life of his elder brother, Eugene 23, his wife and his son. According to the father, the three died when their house was set on fire. The man and his son died at a local hospital a day after arson while the woman succumbed to her burns a week later.

According to the investigation, someone poured petrol around the house before setting it on fire. However, Makokha was adversely mentioned. According to the father his son had earlier threatened his mother and his elder brother. 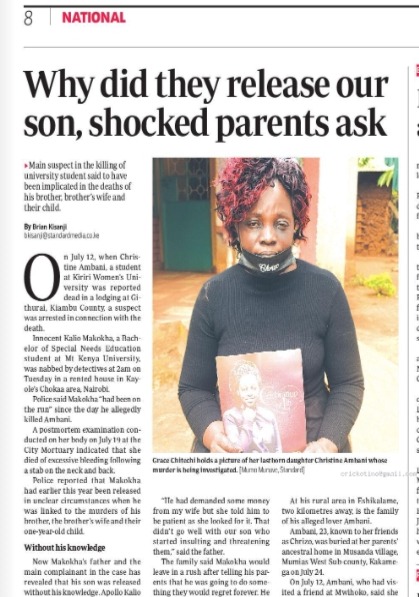 Leaked Details of a State-Sponsored Meeting in Mombasa