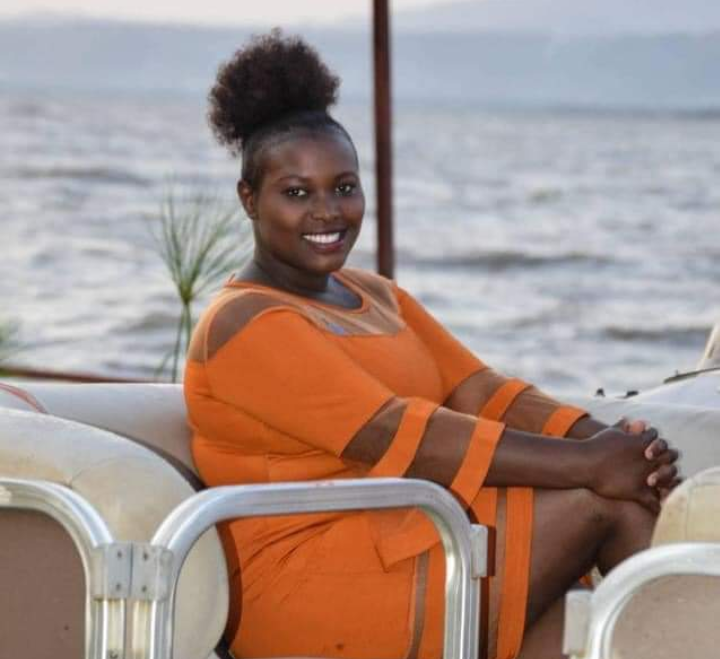 The father to Nyokabi Catherine the lady who was brutally murdered and her body found abandoned inside a vehicle days ago has finally broken his silence in regards to the gruesome murder of his daughter.

Gitonga Njogu while speaking to a local tabloid revealed that they initially thought she died in a road accident after some social media users claimed the deceased was involved in a fatal accident in Juja.

Upon visiting the city mortuary, they were shocked to see injuries not consistent with a road accident. According to Njogu, her daughter was cheerful and hardworking.

The father further revealed that his late daughter had introduced him to Karani (main suspect) as her suitor. “I knew them to be lovers. Just like in other relationship, they had their own differences, which I would occasionally help them iron out,” Njogu was quoted saying.

Njogu also revealed that his daughter and the suspect had separated two weeks ago due to endless wrangles. Catherine's body was found inside Karani's vehicle in Githurai Kimbo area. It was reported that the suspect abandoned the vehicle containing the body after the car got stuck in mad. 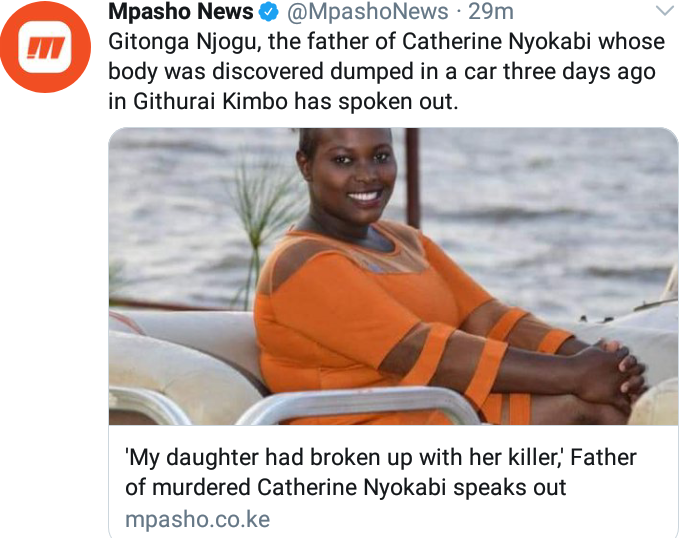