By Dropzone (self meida writer) | 28 days 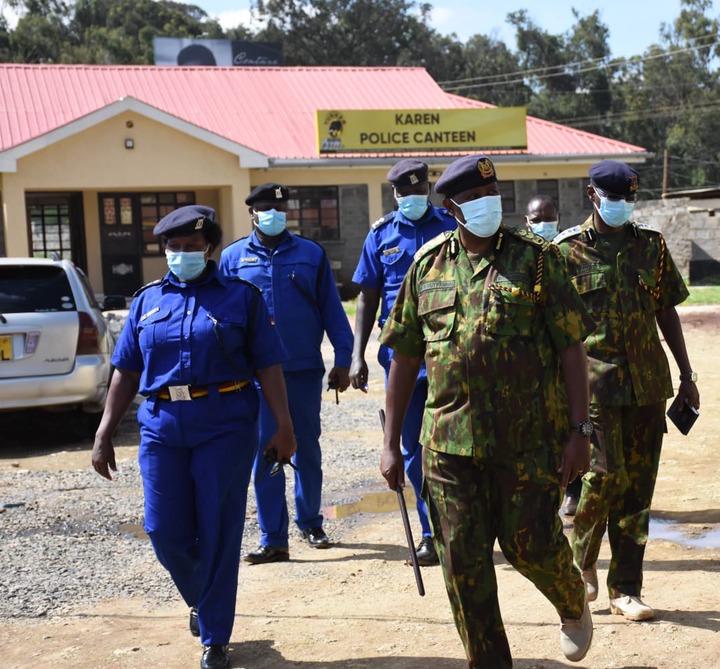 Several days after the inspector general of police MUTYAMBAI was said to have collapsed and rushed to the hospital.

The @IG_NPS earlier today visited the @NPSOfficial_KE Leadership Academy in Ngong-Kajiado county to check on the construction progress.

Thereafter he went to Karen Police Station where he inspected the progress of the ongoing Karen police canteen.

Mutyambai was rumored to have collapsed, rushed to the Aghakhan Hospital where he was admitted at the ICU. 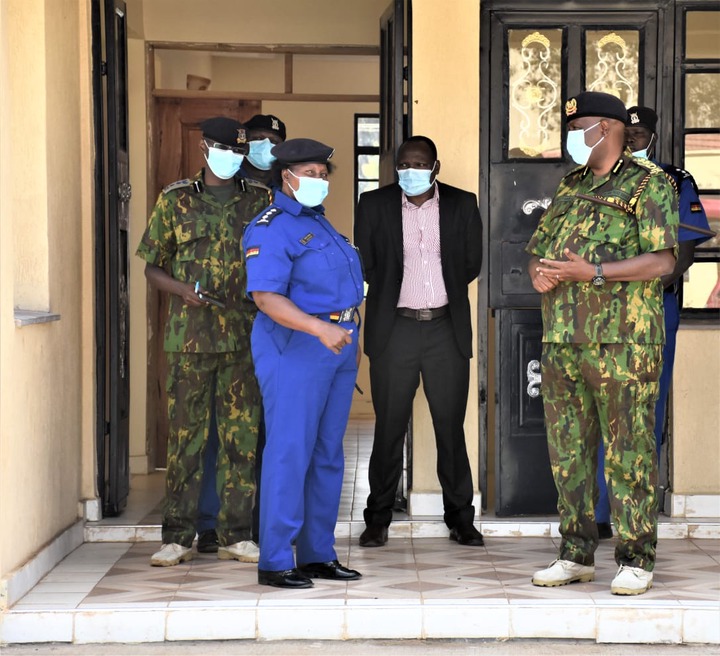 He was later taken to the high dependency unit where he spent several days.

According to the Standard and the people daily the inspector general has spent close to six days in hospital.

Previously his close aide has rubbished all claims that the IG was sick and still in hospital.

Many across the internet even wished him quick recovery after learning of his ailments.

Many have however been left with questions as to what could have happened to the senior cop.

His sickness came at time his deputy was found dead at the Embakasi police camp in Nairobi. 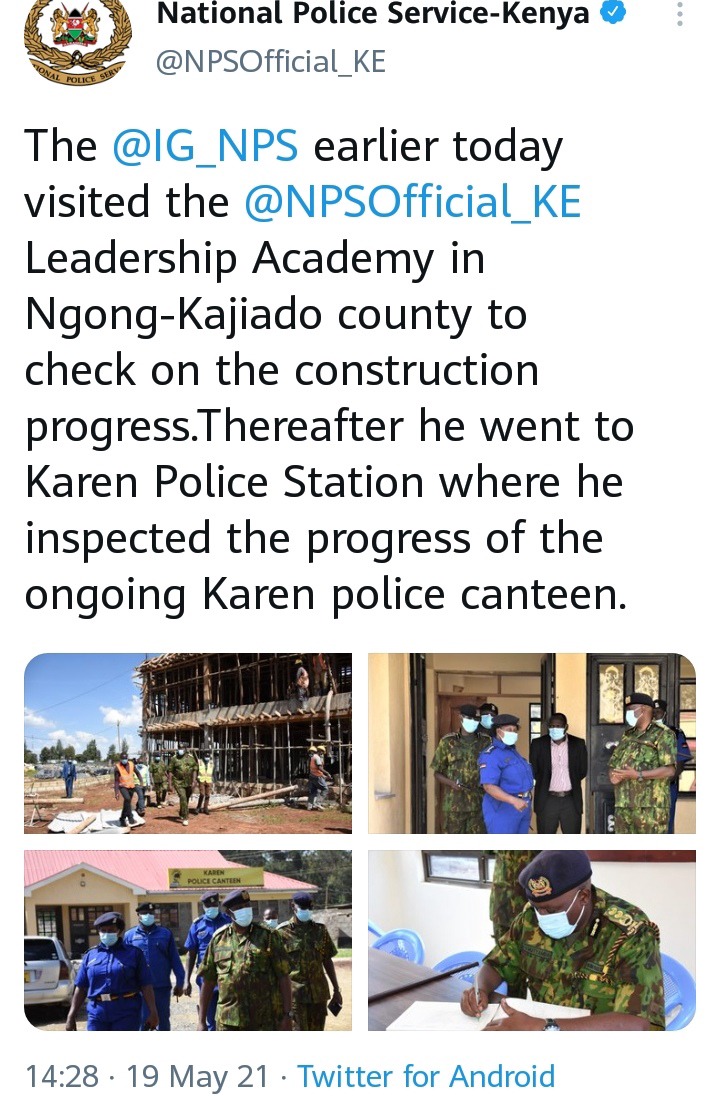 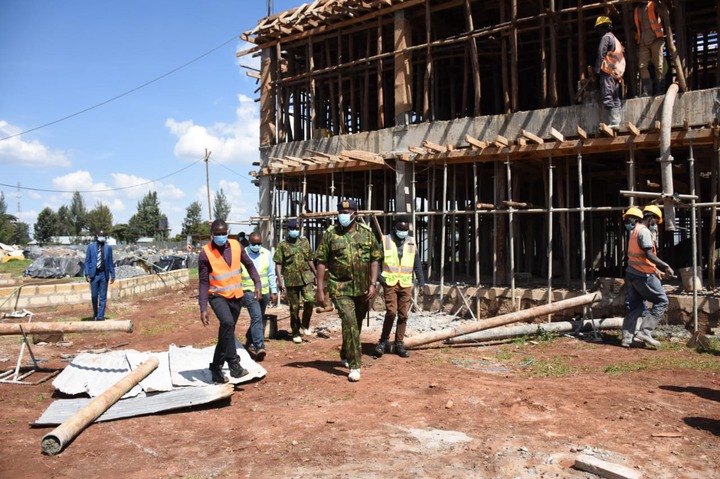 Content created and supplied by: Dropzone (via Opera News )