There was Jubilation in Baringo after a missing person, Geoffrey Kinui was found safe and sound in Lodwar after he reportedly went missing on Monday, August 23 under mysterious circumstances.

Kinui has narrated how he was abducted by unknown people who had posed as police detectives on Monday night as he revealed that they were heavily armed and told him that he was a person of interest in an investigation they were carrying out.

The 27-year-old who is a sports presenter at Alpha Radio said that he was trailed by the three, a woman and two men who followed him to his house as he came from Kabarnet town where he had gone to watch a football match. 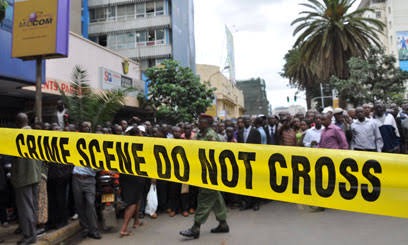 It was while he was watching a movie when the three walked in the house and when he told them he would have to inquire from the area OCS of what crime he had committed a request the kidnappers objected.

"They didn’t want me to confirm from the area Deputy OCS Inspector Maiyo if I had committed an offence At the gate, I was bundled into a waiting vehicle, a white Toyota Harrier, that didn’t have a registration number. When I told them no, they assaulted me and forced me to drink a liquid that was laced with something, and then I lost consciousness. I woke up in an unfamiliar environment at 8 pm.” Geoffrey narrated.

Geoffrey was helped out of a vehicle by two men after realizing he had been dumped in Lodwar and immediately called his boss who linked him with a journalist in the area who wheeled him to hospital.

Rihanna Explains How Her New Music Will Sound