A dramatic scene was today witnessed after police officers decided to take a middle-aged man who is reported to have been caught on fraud allegations in a court session on fraud charges. 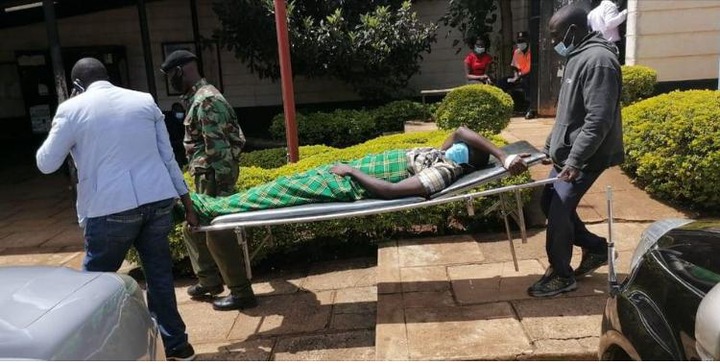 According to the reports given by the police they claimed that the suspect had been rushed to the hospital after sustaining several injuries in a deadly incident where he was rescued by the police after being busted by an angry group of mob.

Further reports indicate that he was later rushed to the nearest hospital where he had been receiving medical treatments in for a while until the judge decided to Summon him to attend his court session on a stretcher.

Due to this reason, the officers had no option but to take the suspect to court on his stretcher. In his defense, the man could be heard screaming claiming that it was like they wanted to kill him because according to him, they didn't care about his health.

This incident has sparked alot of mixed reactions from Kenyans who seemed to have been confused on why there was an increasing number of criminals in the country in the past few months.

With a section of Kenyans claiming that maybe this was because of the current situation where alot of Kenyans were jobless, others went ahead and congratulated the judge for wanting to ensure that justice is served. 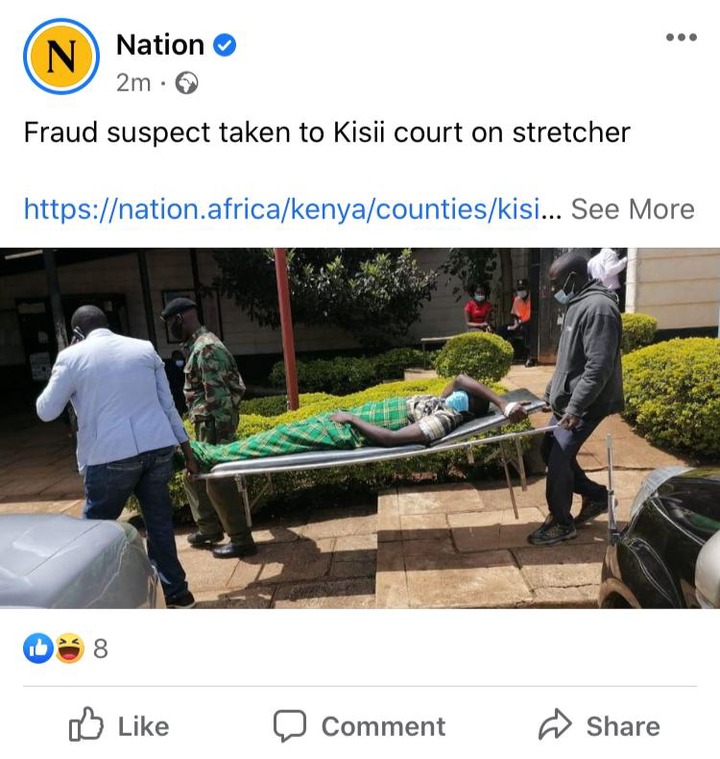