Fear as Another Tycoon is Brutally Murdered, Details Explained as Police Begin Probe Into The Case

By Description (self media writer) | 7 months ago 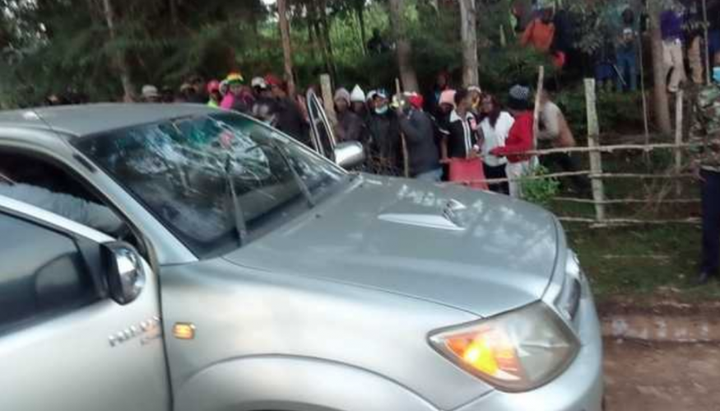 The body of Justus Metho Muinde, a former director of the Molo Green flower company and a tycoon was found with serious injuries on his arms, chest and head with severe cuts after he was attacked and killed by criminals.

According to reports, one of his friends found the body in his Toyota Hilux with registration number KCD 459V along Molo - Keringet Road.

The deceased was known for his commercial affluence in the town of Molo. It has been revealed that the tycoon was attacked by unknown criminals who murdered him. It is alleged that he was alone when he was attacked by unknown gang. Police believe the perpetrators had been following him for some time until they found a chance to kill him.

In addition, the windows of his cars were also broken. One eyewitness among those who saw the dead body revealed that the windows were broken. It is believed that Mr Justus may have tried to escape and that is when the criminals broke the windows of his Toyota Hilux. The former director of the Molo Green flower company was murdered while sitting in the front seat where the body was left.

According to reports, the police officers have already begun tracking down clues that may help them determine the cause of the brutal murder.

According to the Molo sub-county commander, Mr Samuel Mukuusi, the rich man may have been killed by unknown individuals who reside within Molo area.

The body was discovered by one of late Justus Metho's friends who was driving on the Molo - Keringet Road and then saw the Toyota Hilux car parked on the side of the road. Mukuusi affirmed that the body of the tycoon was in his car dead and windows broken.

Commander Samuel Mukuusi has however urged residents to avoid rumors surrounding the brutal killing and instead leave it to police officers to carry out their investigations. 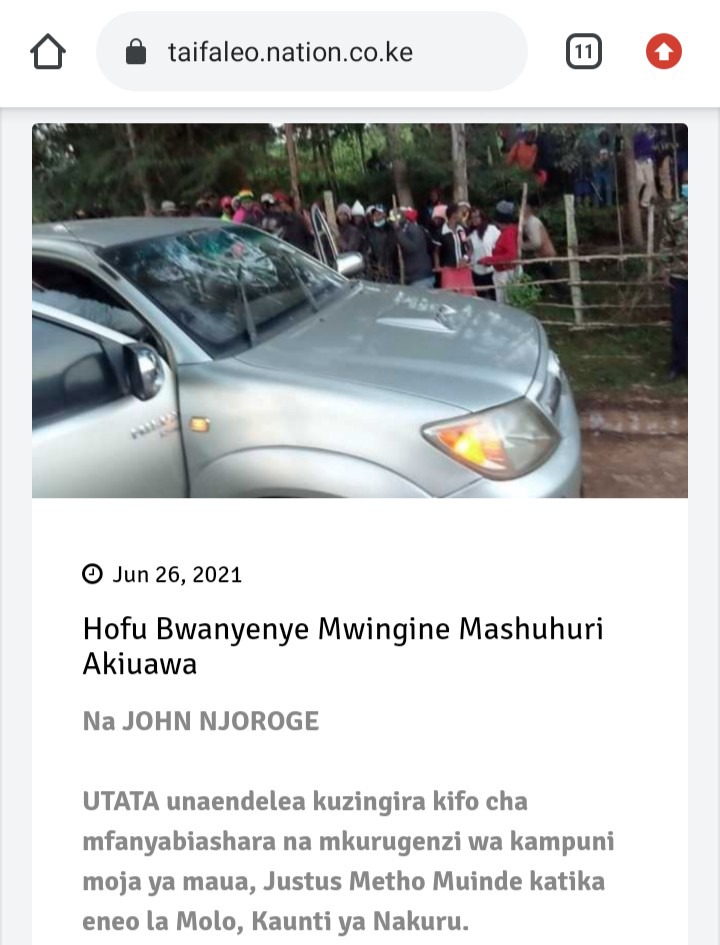 Forget Al-Shabaab, Another Terror Group Now Accused of Forcing Mogadishu Traders to Pay Tax to Them

3 people killed and ten others injured After a shuttle collided with a lorry in Kimende, Kiambu.