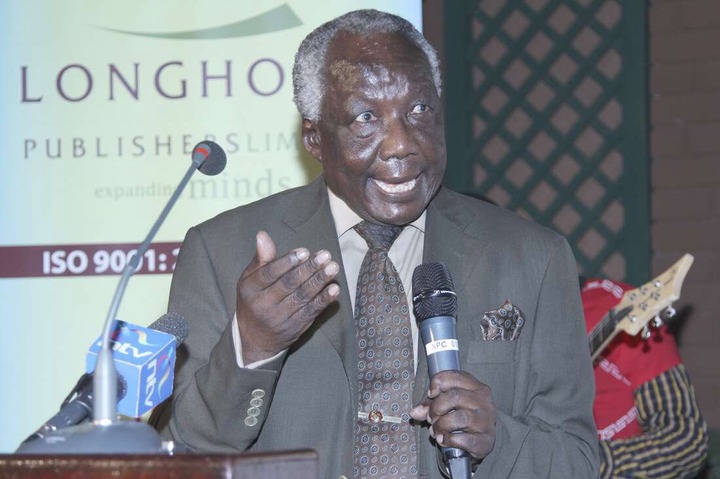 As the country joins the media fraternity in mourning the death of a legendary journalist and a renowned columnist Philip Ochieng, the ODM leader Raila Odinga has also voiced his message of condolence.

Raila who took to his official twitter handle couple of hours after the news of Philip’s death broke, described Philip as a legendary columnist. He father remembered Philip for having a strong command of English language.

“Kenya has lost in the passing of Philip Ochieng, a veteran journalist and legendary columnist with an unmatched prowess of the English language. Through the power of pen, Philip spoke to the most powerful and moved the society into action,” stated Raila. 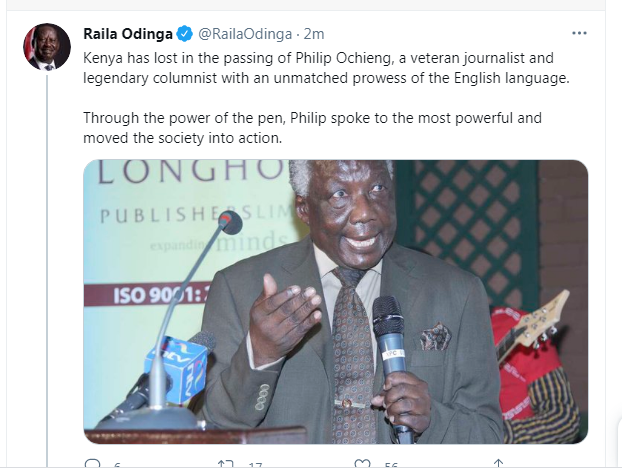 While extending his sincere condolence to the family of Philip Ochieng and the Nation Media Group, the ODM leader also eulogized Philip as a Human Rights defender who used is pen to give voice to the voiceless.

“Philip penned his thoughts and gave a voice to the voiceless. My heartfelt condolence goes out to his family, friends, the Nation Media Group and the media fraternity. May he rest in peace,” asserted Raila.

Information from the family of Philip Ochieng indicates that he died at home after suffering from pneumonia on April 27, 2021.

Philip became an editor at the Nation Newspaper and also had a column on Sunday Nation where he wrote on matters language, literature and even history. 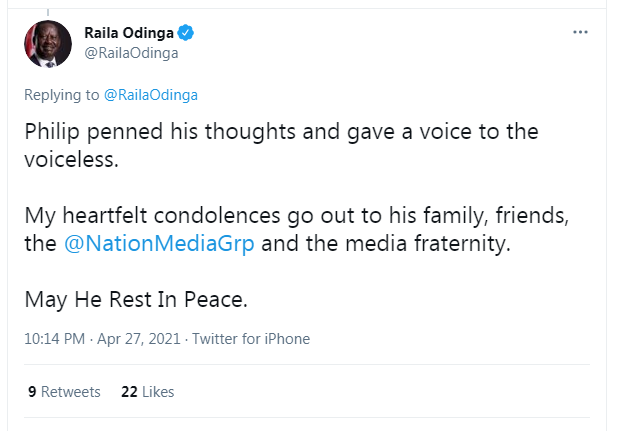 He died at the age of 82 leaving so many achievements in his profession as a journalist. He wrote several articles in his columns and authored several other books.

5 Sure Late-Night Matches With The Best Odds

Pomp And Colour As Eldoret's Finest Hearse Is Unveiled