After successfully presiding over the passing out parade of the Administration Police graduates at the National Police College- Embakasi (A) Campus today on November 29th, President Uhuru Kenyatta headed to Mbagathi for another important ceremony.

The President who has really invested in various programs to cater for the welfare of police officers proceeded to Mbagathi to preside over the groundbreaking ceremony for the construction of a new National Police Service Referral Hospital.

The ceremony unfolded just like how it had been scheduled and while at the hospital premises, he participated in among other things the ceremonial operating of an excavator for the groundbreaking ceremony after prayers.

A red carpet had been laid all the way the makeshift stairs leading to the excavator and since the president isn't a specialist at operating the machine, he had to be assisted.

For reasons known to the President's security team or probably due to COVID-19 containment measures that call for a one meter distance between two persons, the man wasn't allowed to enter the excavator and give the president directions from there as we've seen in the past.

He was instead forced to stand on the red carpet and direct the president from a reasonable distance as seen below. 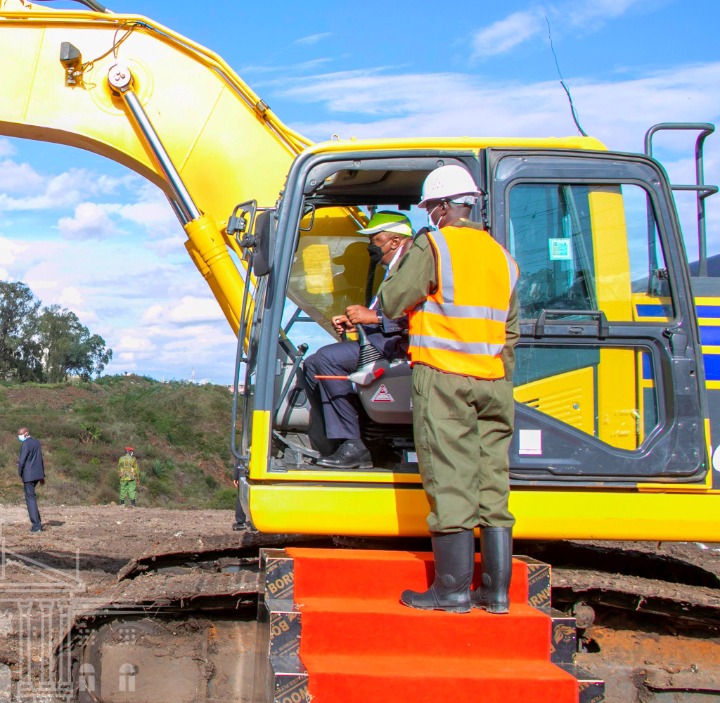 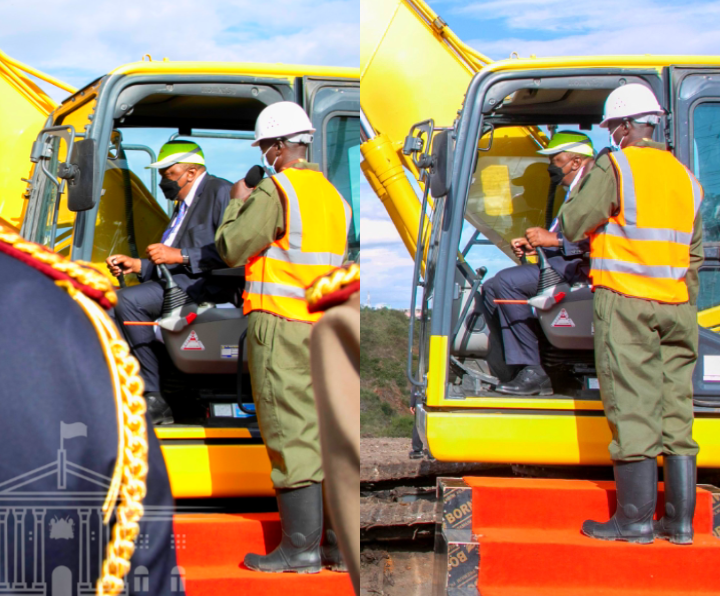 This new police referral hospital that'll be located opposite the Forces Memorial Hospital and a short distance from the Kenyatta National Hospital will reportedly have capacity to hold 110 beds.

Its construction is part of the President's efforts to boost the welfare of police officers with quality medical services for them, their dependents and the general public.

The hospital will further assist police officers and victims of crime to access health services conveniently in their pursuit for justice.

This is in line with the President's efforts to attain the Universal Health Coverage as a target of the Big 4 Agenda.

Below are some other photos of how the groundbreaking ceremony unfolded. 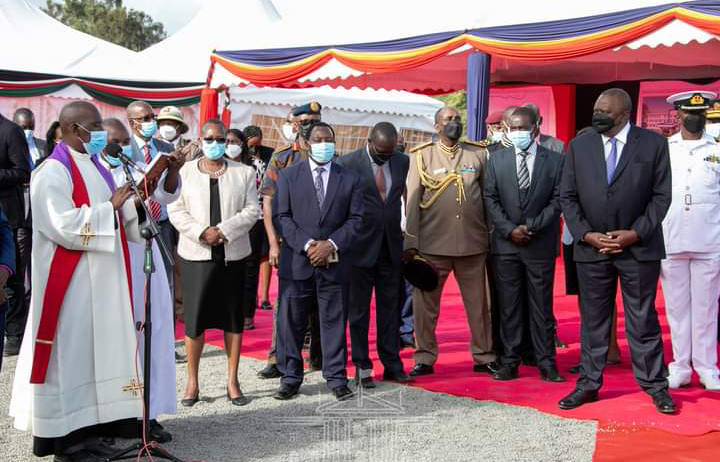