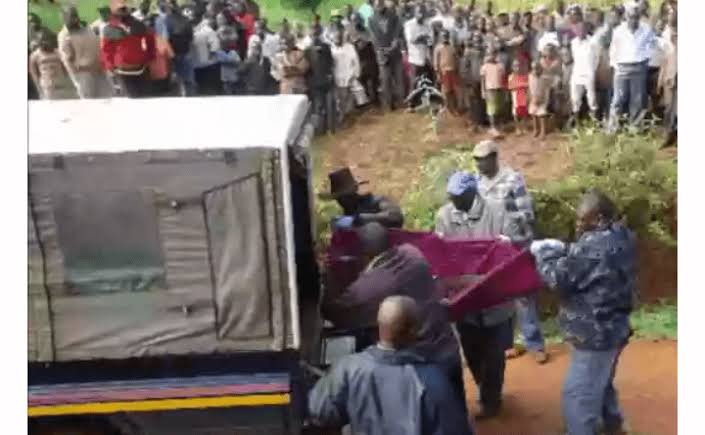 A chaotic scene was witnessed at a village in Bomet County after a man was brutally murdered by a shopkeeper for failing to repay his debt.

It is said that the bussines man who operates a local shop in the village,murdered his neighbour identified as Keter by Stabbing.

According to the reports,Keter reportedly borrowed ksh 400 from the shopkeeper and failed to return within the stipulated time.

On the material day,Keter went to the man's Shop and a bitter exchange of words arose between the two over the debt.

The suspect dragged the deceased outside his shop, where he stabbed him in the chest twice and left him to die.

It took an intiative of a villager who stumbled upon Keter lying on the ground and bleeding profusely,to contact the police who rushed to the scene,but unfortunately Keter had lost his life.

The body of the deceased was taken to Longisa Mortuary as the suspect was arrested and will be arraigned in court.

Dear readers let us learn to solve our cases Peaceful 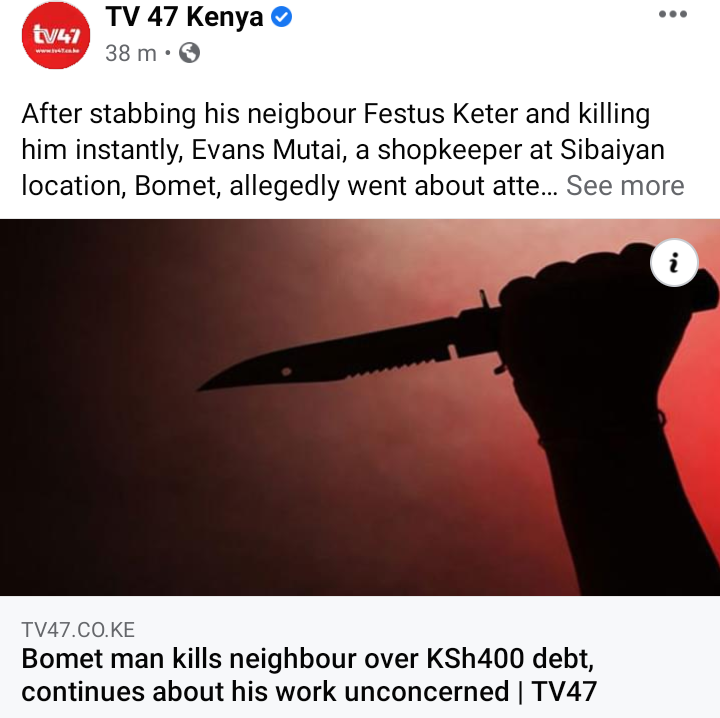 Saturday games to enable you kick-start your weekend handsomely

"Congratulations”, Akothee Pens Down a Sweet Message to Her Daughter Rue Baby Upon Her Graduation

Kenyan Girl Who Was Gifted 102M By Her Boyfriend Finally Breaks The Silence, Reveals More Details