By @yokeabu (self media writer) | 9 months ago

The headline casts spotlight on the murder case Involving one Mr karani who killed his lover cate in Kiambu.

Karani is set to undergo mental assesment to ascertain whether he can be able to stand trial.

However, one is left wondering what made him to kill his lovely Cate after he confessed that after God it was his lover Cate.

In another related incident, rugby player Alex olaba who is facing rape charges is under investigation over attempted murder.

Olaba is said to have hired killers to eliminate a witness but unfortunately, the killers turned out to be undercover.

In yet another story, the Nation captures the stories of tahidi high screen Stars who made alot of money and became famous but are now living in ruined lives. 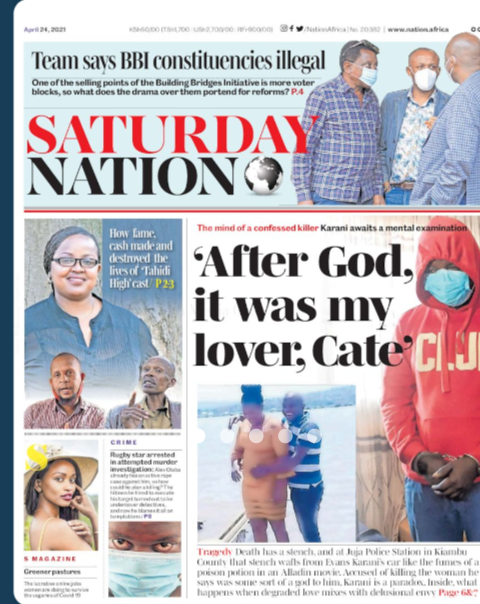 The Standard headline focuses on the divisions among the members of parliament over the proposed creation of 70 constituencies.

It's emerging that mps allied to Raila and those allied to Ruto have United against the BBI in it's entirety.

This is after the joint committee yesterday endorsed the report despite the errors which had raised eyebrows.

In another story, the court has ordered a man to pay his wife bride price worth ksh1000 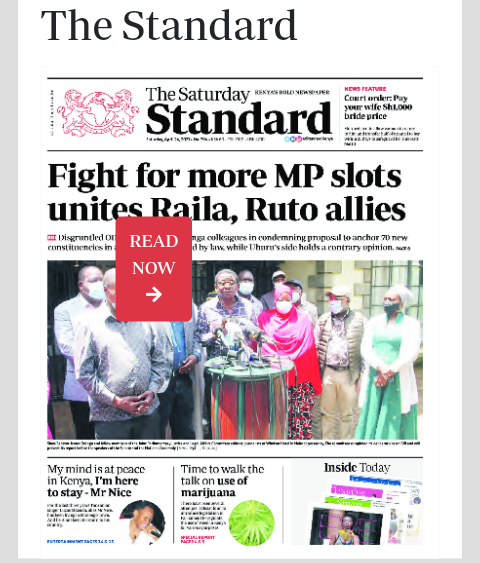 The Swahili publication's headline is about the BBI that is now before parliament for debate after the joint Commitee Endorsed it.

This happened a few days after she celebrated her birthday in a develoment that has Elicited reactions online.

This isn't the first time the gorvenor is visiting Raila.

At some time last year when she was facing Impeachment over corruption allegations at her county, Waiguru visited Raila in what many believed was a sanitization excecise that saw Survive impeachement.

In another story, odm leaders now want oparanya and Joho to leave the odm ticket to Raila Odinga.

The two Gorvenors are the only applicants who had shown interest in flying the party's presidential flag in 2022. 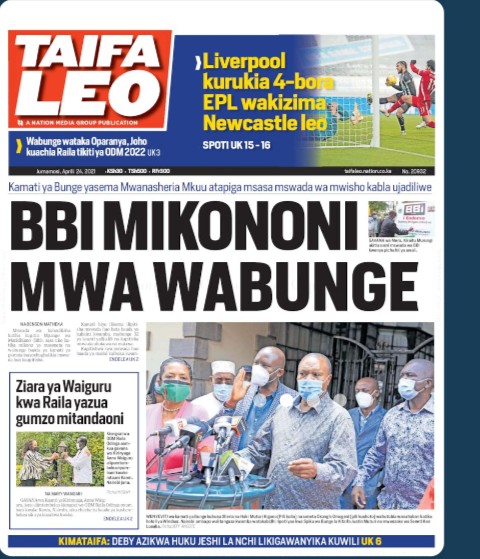 The focus is on investment in Congo where a number of countries are showing interest to invest in the resource rich Country but unstable.

And Finally, the east African community has a new secretary general in the name of Peter Mathuki from Kenya.

He will be at the helm for five years. For these and more stories grab yourself a copy of your choice. 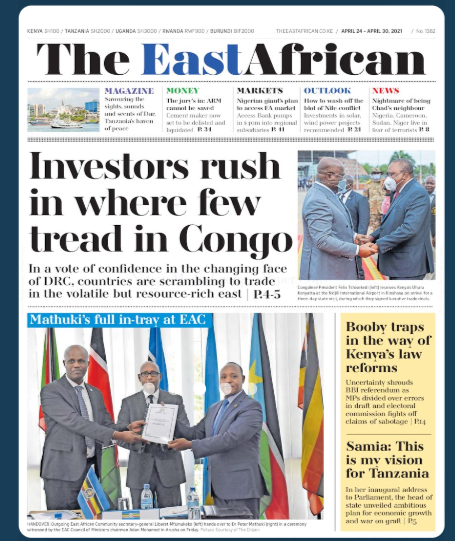