By Netview (self media writer) | 3 months ago

Recently the Kenyans have been complaining for the harrasment from police officers, This come after detectives in Kandara are investigating yet another incident of police misconduct, In which a police officer is reported to have violently robbed a Tuk tuk driver Shilling 1,100. 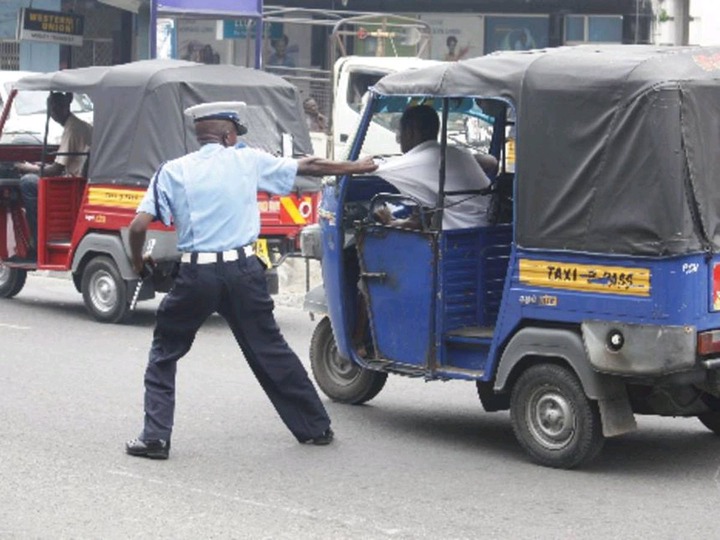 In an incident booked at Kabati police station in Muranga caunty. The complainant recounted how police man flagged down his his Piaggio Tuk tuk a registration number KTWA 516X, before he Allergedy made a demand of Shilling 2000.

When the driver failed to give the money, The police officer allergedy snatched shilling 300 that the driver was holding in his hand. He also further went ahead and forced his hands into the complainant pocket and robbed him off shilling 800 leaving his trouser torn part. 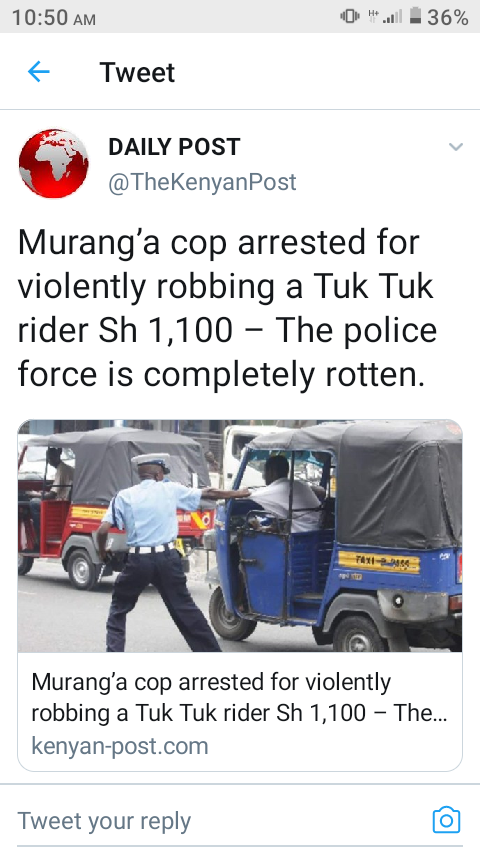 Content created and supplied by: Netview (via Opera News )