Kenyans have expressed their fear and concerns after the untimely death of a kenyan woman who is reported to have been found dead in unclear circumstances a few days after she was reported missing. 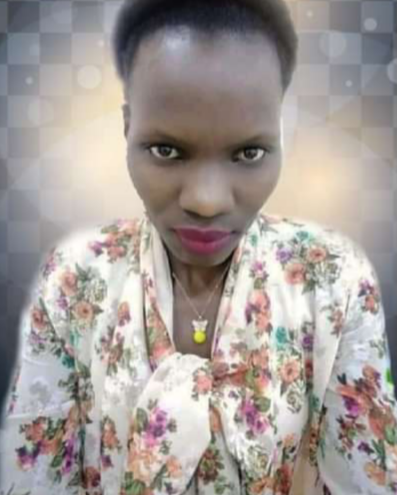 The deceased who has been identified as Alice Jane Ndungu is reported to have gone missing on October 3rd by her employer who claimed that he didn't know where she had gone to despite the fact that she had been working for him for a while.

Reports of her missing was shared on different social media accounts by kenyans who called upon anyone who might have had any information that could lead to her, being found to report to the nearest police station or contact a number that had been provided on the banner.

While reacting to this incident, a lot of kenyans have called upon the government demanding an investigation in order to find out what might have caused her untimely death. According to the reports given by most Kenyans, they claimed that the deceased might have been murdered as it has been witnessed in the past.

In the past few months, a number of kenyans who are currently working in the Middle East have reported unusual deaths among their colleagues Forcing the government to issue a statement. While reacting to this incidents, COTU boss Francis Atwoli urged all the agents involved in taking kenyans to the Middle East to start accounting for these deaths.

In his own words, Francis Atwoli promised to look into this case if nothing is done about it ' 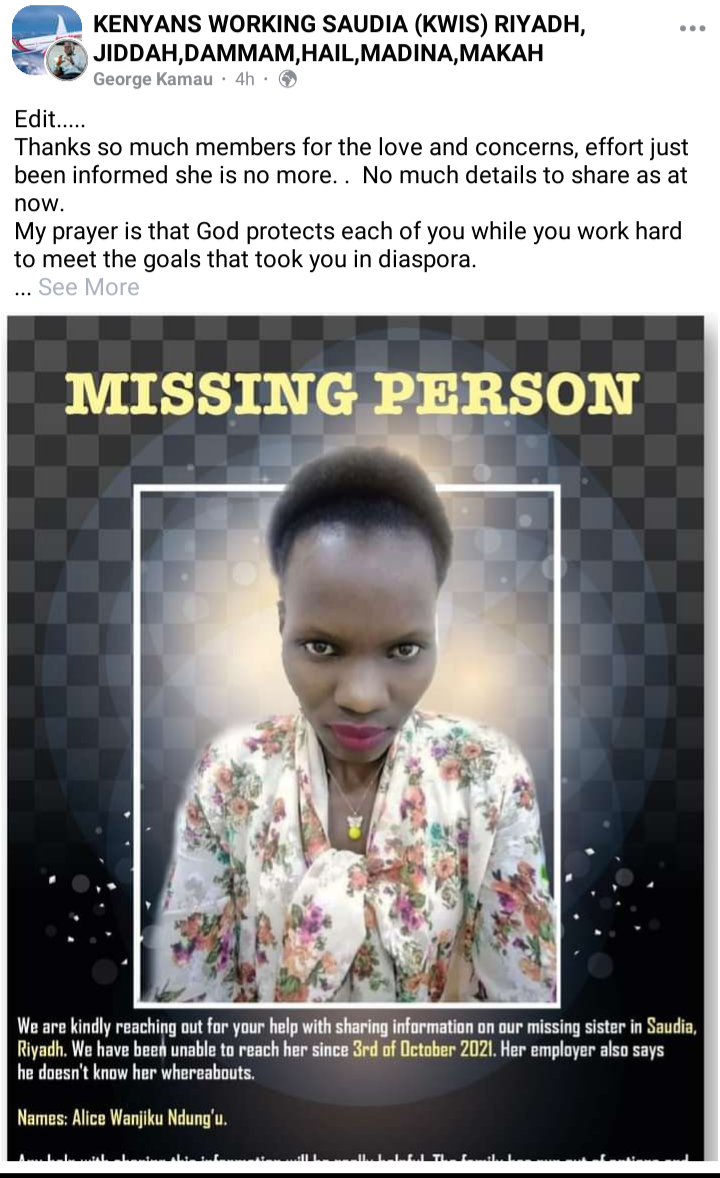