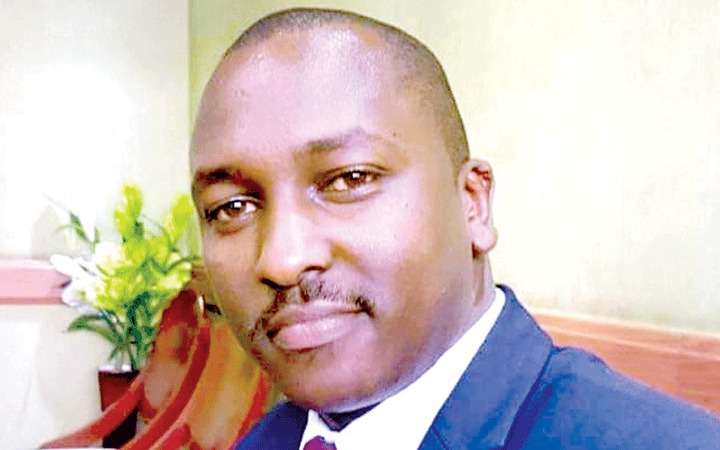 The murder of Sergeant Kenei has finally resurfaced in the Kenyan big screens however it has also elicited mixed reactions among Kenyans thinks Duncan Khaemba’s documentary was poorly done.

On April 11, 2021 Duncan Khaemba of KTN refreshed the memories of Kenyans about the sad death of a young security officer called Sergeant Kenei whose murder puzzle has not been solved do date however, some Kenyans on twitter have now taken issue with Khaemba whom they claim was not professional in his documentary.

The popular Kenyan blogger Lord Abraham Mutai who took to his official twitter handle castigated Khaemba claiming that he was only doing political witch-hunt instead of producing a well researched documentary. 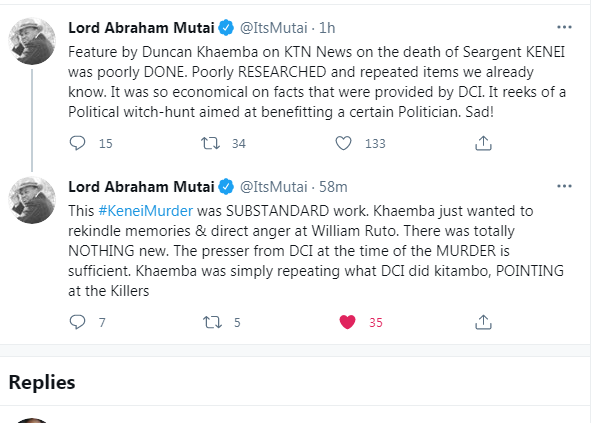 “Feature by Duncan Khaemba on KTN News on the death of Sergeant Kenei was poorly done. Poorly researched and repeated items we already know. It was so economical on facts that were provided by the DCI. It reeks of a political witch-hunt aimed at benefitting certain politician,” twitted Mutai.

Sergeant Kenei’s death took a political dimension when it occurred in 2020 because he was an officer who was working at DP Ruto’s Harambee House Annex office. In this regard, Mutai alleged that perhaps the whole documentary was being done to target the Deputy President unfairly.

“This #KeneiMurder was substandard work. Khaemba just wanted to rekindle memories and direct anger at William Ruto. There was totally nothing new. The presser from DCI at the time of the murder is sufficient. Khaemba was simply repeating what DCI did earlier,” asserted Mutai. 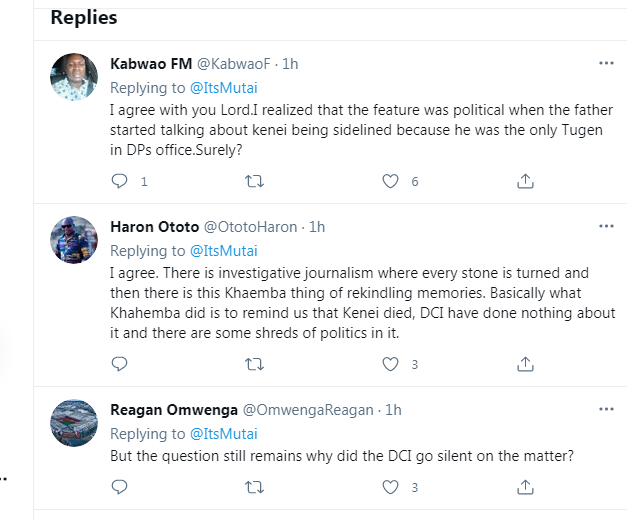 “At least you have been observant enough, I call it pathetic investigative journalism, and the story is choreographed. No plurality on the causes of murder and to make it worse, the editor overplays the Tugen and Nandi tribal card,” responded Dominic Sunguti Sande.

﻿Kenei was found dead with gunshot wounds on February 20, 2020 at his Imara Daima residence. He was later buried on March 9, 2020 however the investigative authorities have not yet found who may have killed the sergeant.

"It Is Not About BBI, It Is About Schemers Who Want To Spin Things In Their Favour," Otiende Amollo