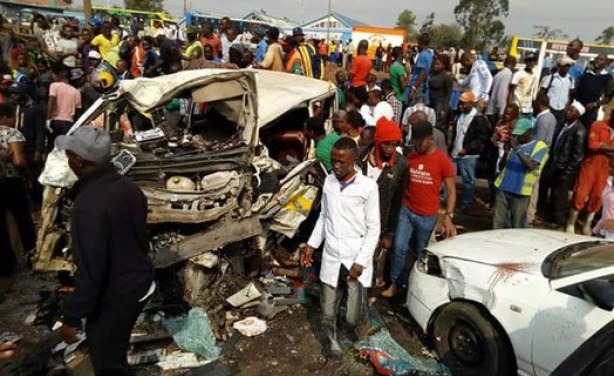 A form student from kisumu boys high school perished in a road accident and others left injured while proceeding home after a short term school closure on Thursday evening yesterday.

According to the witness who managed to spoke to the press,the accident occurred when a matatu rammed into an overspeeding saloon car.

The witness added that the stretch of the road had experienced many accidents in recent days,further calling on the kenya national highway authority (KenHA) to erect speed bumps. 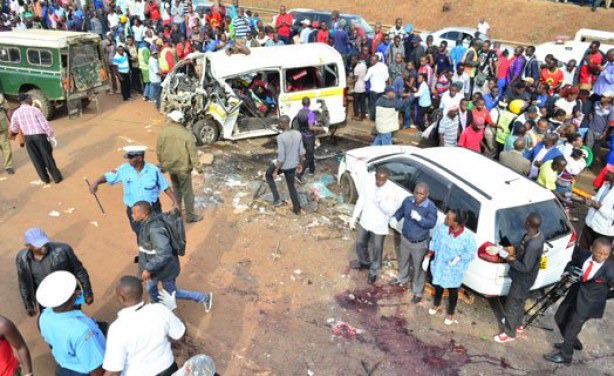 The student who was set to graduate to form two next month, died on the spot when a saloon car they were on board collided head on with a matatu at muhoroni-koru junction.

The son allegedly assured the parents he is safe coming home.

"We were shocked to learn that our son had died in the accident,we saw the pictures on facebook and it is his elder brother who notified us,"said a tearful Mrs Awino.

The driver of the saloon car,a mechanic at moshi garage in kisumu only identified as Ndeko, was also pronounced dead on arrival at the hospital. The driver of the matatu and his passengers were admitted to hospital with injuries. 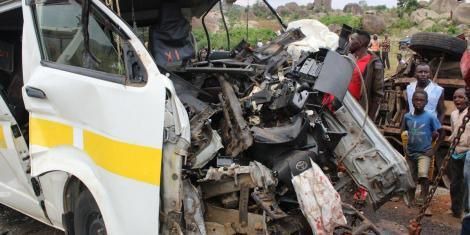 Two other people who later succumbed were identified as Lydia Akello and Mercy Anyango. The other passengers had not been identified by the time of going to press.

The witness also noted that it was raining at the time of the accident and investigators are considering whether visibility might have been a contributing factor.

The injured and the deceased were between the ages of 22 and 30.

The body of the student was taken to kisumu referral hospital mortuary.