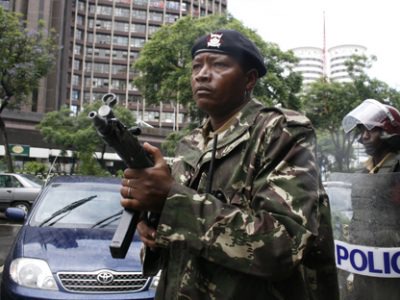 A police officer in a past photo.

Naivasha township in Nakuru county was thrown into a State of panic earlier today after chilling details emerged on a murder that took place in the crime prone area that has been subject of negative media headlines over the last couple of months.

A Under-age young boy identified as Dennis Mwio shocked Mirana village in Naivasha after he admitted to killing a 33-year old married man who had attempted to harm him using a knife.

Trouble started for the underage boy when the now deceased 33-year old man invited him from his Rural village to Naivasha in the disguise of offering him a job in painting vehicles in the sleepy town.

However, the boy narrates that no sooner had he arrived in Naivasha than the whole mission which he was called to do suddenly changed with the deceased changing tune and offering him a different job.

The deceased allegedly asked the young man to assist him kidnap his child that he had with his (deceased's) ex-wife whom they had separated after irreconcilable differences. However, the underage boy declined the strange request leading to a confrontation. That is where the duo started with the boy narrating how the man met his death.

Loosely translates to: (I pushed a knife deep inside his body. Then afterwards he fell here. Later on, i heard people calling me from outside). 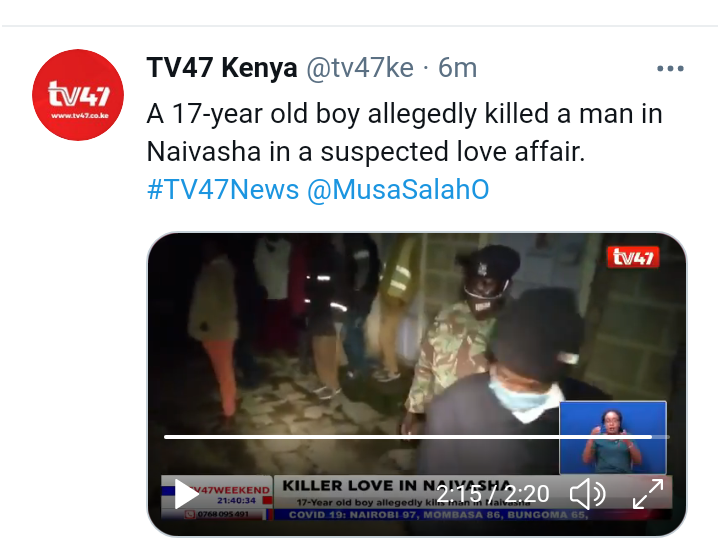 It also emerged that the deceased had been suspecting the young 17-year old boy of having a relationship with his estranged wife who he had separated from earlier.