17-year-old Arrested With Police Attire After A Night Robbery

A 17-year old boy was arrested in Meru for being in possession of police uniform. The boy with his accomplice, a mechanic, were arrested after a night robbery which happened in April 25 at a place known as Go Down. The police who had been in pursuit of the duo arrested them after their attempts to escape. 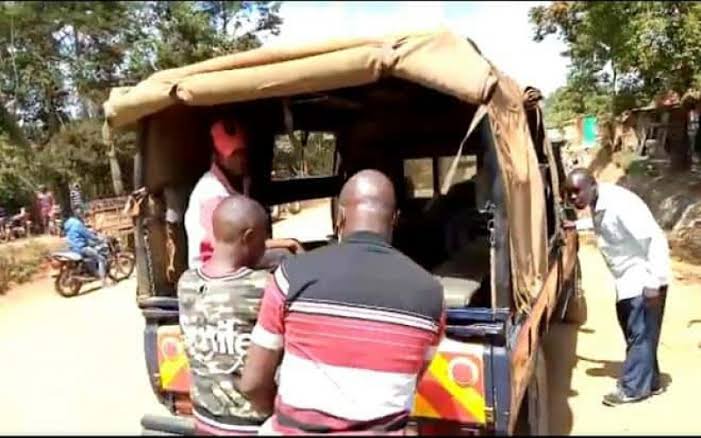 They were presented before the Chief Magistrate in Meru where they were charged with robbery and illegal possession of government store. Police say that the suspects resisted arrest and were forced to open fire into the air to scare them.

According to the police, the young boy was found with a jungle jacket commonly used by the National Police Service. They said investigations are on to unravel the truth behind how the minor acquired the uniform. They however suspect that it might have been stolen.

This comes as the Police service is probing into allegations of illegal possession of fire arms and uniforms by the public and now even worrying, minors. DCI Boss George Kinoti says a collaboration of the public with detectives will aid in eradicating the vice which might otherwise increase crime cases in the country. 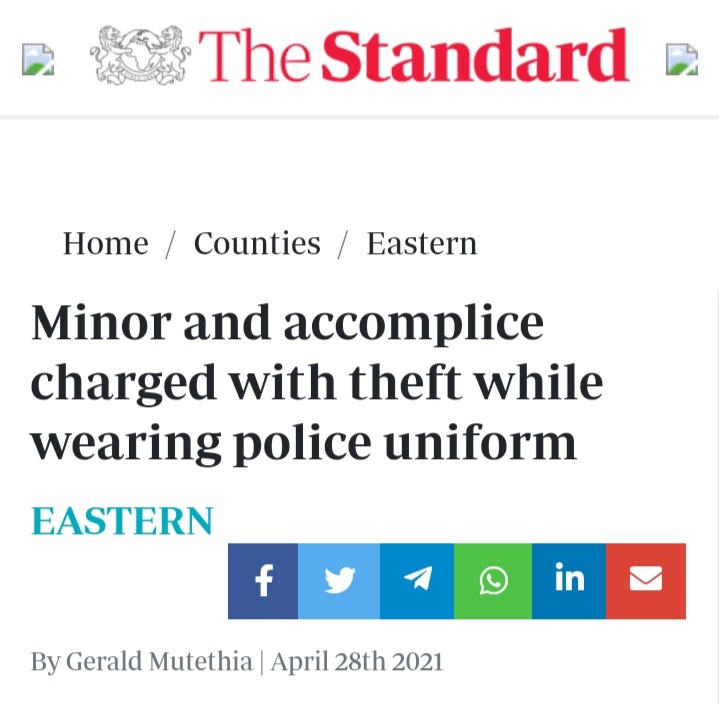 Uganda: Man Allegedly Kills His Wife And Maid After A Domestic Misunderstanding

Are You Aware Of The Government Check Unit? This Is What You Should Know Before Going On The Roads