Old Man Decided to Stay in a Cave After his Land was Taken by Government, his Wife Decided to Run

After the government took their land on the Kaboywo farm in Saboti and gazetted it as a forest, Kareen Tumwa, a 70-year-old man, decided to stay in a cave.

Kasireen Tumwa and his family were compelled to move to the Roromwet region of Mount Elgon. However, after a short while, the land there was also claimed, leaving him with nowhere to go. As a result, his wife made the decision to separate from him and look for other places to live.

Tumwater had no choice but to continue; he found a cave in Mount Elgon and decided to make it his home; his family sought for him but were unable to locate him; after some time, he was discovered by individuals.

When his family learned that Tumwa would occasionally beg for food from the people who lived next to that cave, they went in search of him. However, Tumwa reportedly refused to return home.

The elderly man, according to a relative, would become irate if he was told to return home. Six years later, the elderly man passed away.

The government allegedly eventually granted them seven acres of land at the Rei a Settlement Scheme, according to his relative. 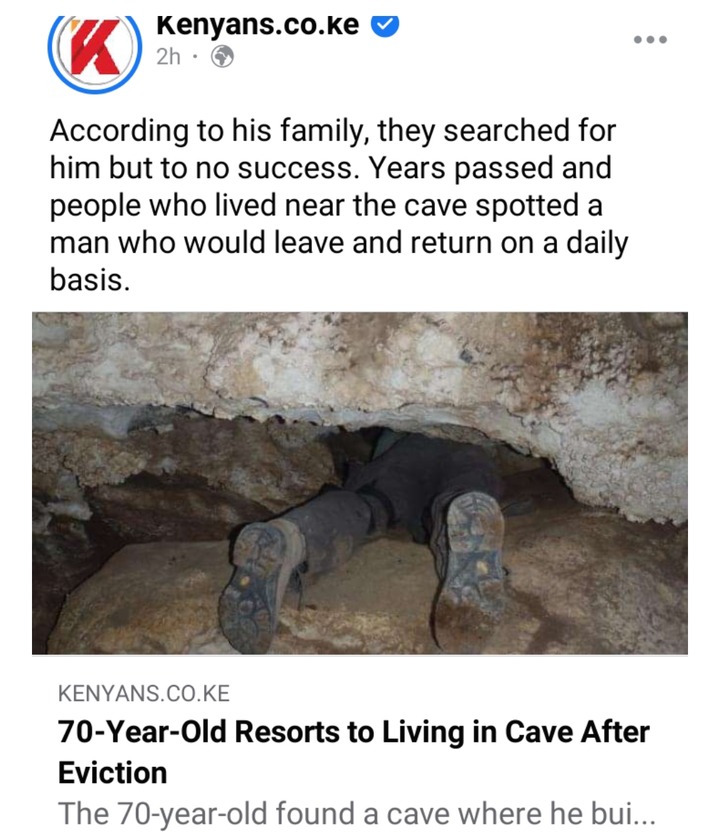 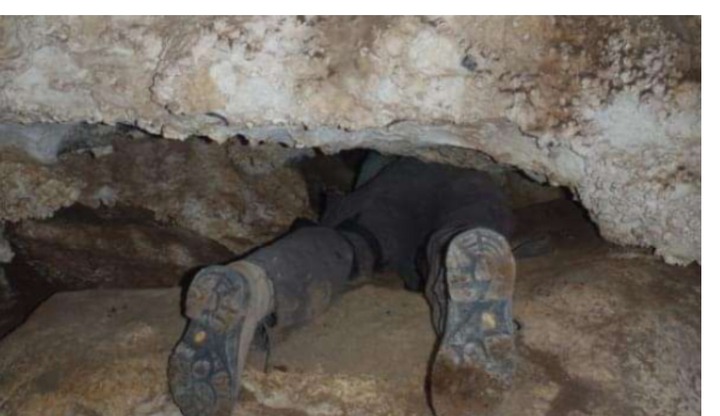