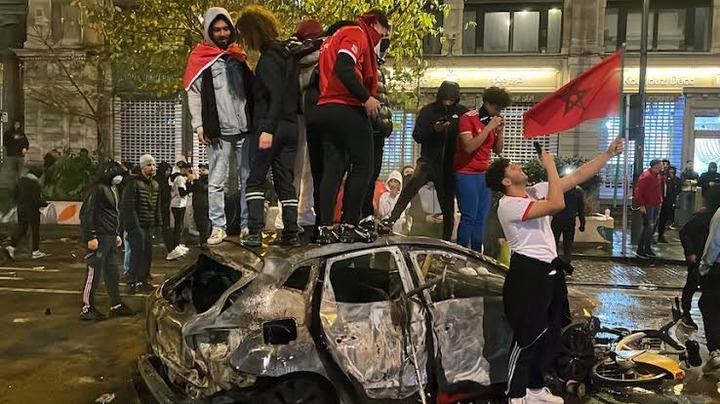 Riots broke out in several cities in Belgium and the Netherlands after Morocco beat Belgium 2-0 at the World Cup on Sunday.

Police used water cannons and tear gas to disperse crowds in Brussels and arrested around 12 others and eight more in the northern city of Antwerp. Two police officers were injured in the Dutch port of Rotterdam. By Sunday evening, most of the affected cities were quiet.

Brussels Mayor Philippe Clough asked people to stay away from the city center and said authorities were doing everything possible to maintain order on the streets. Also, subways and trams had to stop at the order of the police. Riots also broke out in Antwerp and Liege.

"It's sad to see some people taking advantage of this situation to cause trouble." Interior Secretary Anneliese Verlinden said. Police in the neighboring Netherlands reported violence at a port in Rotterdam, where riot police tried to disperse a crowd of 500 soccer fans who threw firecrackers and glasses at police.

The media reported riots in the capital, Amsterdam and The Hague. Morocco's victory was a World Cup sensation and was enthusiastically celebrated by fans with Moroccan immigrant roots in many cities in Belgium and the Netherlands.