In the afternoon of Wednesday, there was news that Kenya Prisons Commissioner Wycliffe Ogallo was arrested by the Anti Terror Police Unit (ATPU) immediately after his sacking. This came several days after three dangerous terrorists escaped from Kamiti Maximum Prison. 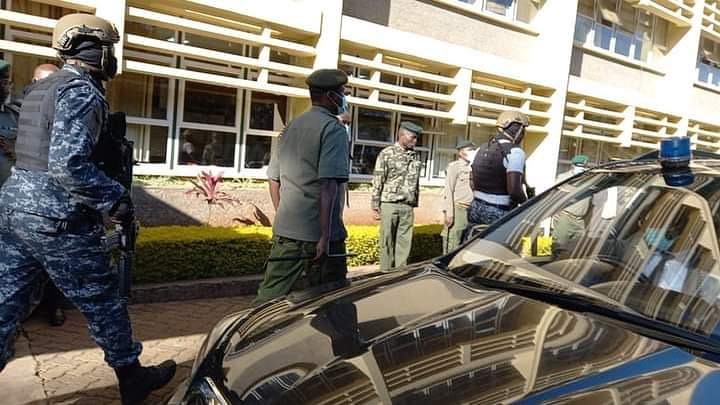 According to news widely shared online, Ogallo was picked from his office in Magereza House by the elite squad from the DCI. Videos seen by the editor showed a group of armed ATPU officers raiding the offices and moments later, Ogallo was outside the premises seemingly shocked as cameras and crowd stared at him. 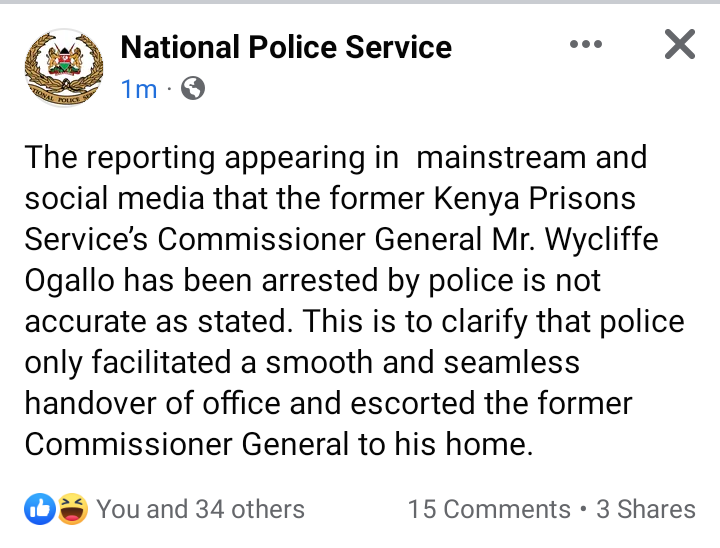 Despite his protest to sit in the front seat, he was ordered to stay at the back. However, the National Police Service came out to deny the claims of the arrest.

"The reporting appearing in mainstream and social media that the former Kenya prisons Service's Commissioner General Mr. Wycliffe Ogallo has been arrested by police is not accurate as stated," said a post in their official social media page.

They stated that the police were facilitating a smooth and seamless handover of office and escorted the former commissioner to his home. In other news,John Kebaso Warioba was appoined to replace Mr. Ogallo

Opinion Poll: A Mega U-Turn That If Ruto Decides To Make, Will Shake Political Alignments In Kenya