A Kirinyanga-based man has left residents of Kathata village, Gichugu sub-county in cold chills after ending the life of his dear wife and four children.

The man identified as Paul Murage Njuki is reportedly to have committed the unbelievable act on Monday, 29 November before surrendering himself to the hands of the police. 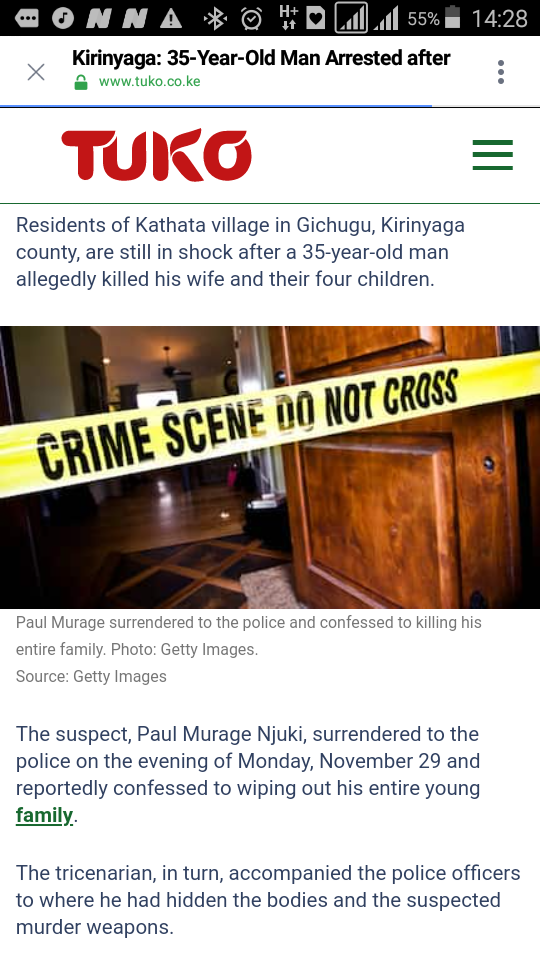 According to Gichugu-sub county police commander, Anthony Mbogo, the 35-year-old came to him pleading to be arrested and be sentenced for six months in the name of selling bhang. He further asked the officers to interrogate him and they were shocked too after Murage disclosed of killing his dear wife and four of his children.

"I was shocked and informed the officers to investigate him, where he shocked my officers too by telling them he had killed his wife Millicent Muthono, 38 and their four children," said Anthony.

They thought he was joking until he took them to the bloody scene where they found the dead bodies hidden and the suspected murder weapons he used on them.

The funny thing about the serial killer is that he commited the offence thinking he will be jailed for only six months. Maybe he thought he has only committed a small offence forgetting that this kind of offence costs someone a life sentence. 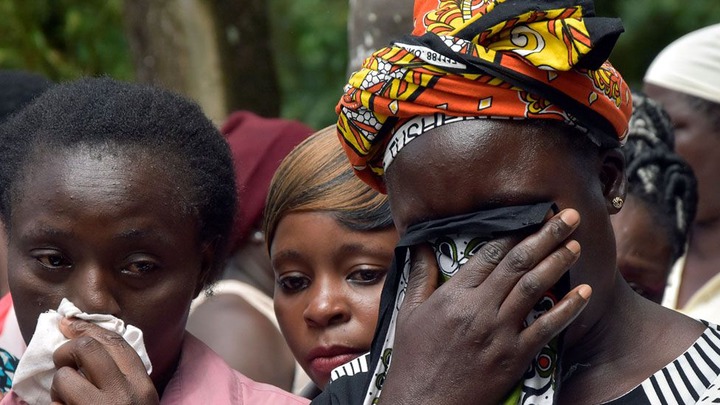 What Kathata villagers are are still wondering is that, was he high on an illicit drug when committing the vicious act? Or was he suffering from mental issues? Because, honestly no one can kill his folk members and surrender himself easily.

Meanwhile, the suspect is being detained at Kirinyanga police station as further investigation is mounted to determine the reason behind the mysterious killings.

Some of the Handsome sons of Top Kenyan Politicians (Photos)

“He left Me for Carrying A 3rd Child.” An Actress Narrates

"Why Men Mock Me For Being Too Huge For Marriage. I Have Lost Hope In Finding Love." Maria Narrates.