By Abonyo (self media writer) | 1 year ago 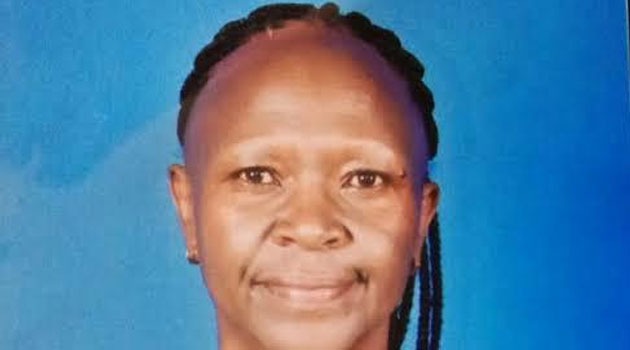 The body of a missing National Lands Commission employee was found lying in Ngong Forest on Saturday. The locals told the police that the body of the slain public servant was identified in a thicket, in what seemed to them like a struggle before death.

The local said that she was found with marks on her neck,matter suggesting that she was strangled and that her murders had stripped her naked before they left her breathless.

Jennifer Wambua worked as the Deputy Director in charge of communication in the National Lands Commission Board. She went missing on Friday during the morning hours after she had checked into her office.

Her distraught husband said he dropped her at her office at 6.05 am on Friday, when he drove himself to his place of work using the same car. Mr. Joseph Komu is an employee at the Ministry of Agriculture, Kilimo House.

Komu reported to the police that the relationship between him and his wife was strong, they regularly communicated even when at work.

According to the veteran journalist's husband, she did something unusual that day, he attempted to call her at around 10 am unfortunately she did not pick her call. Komu did not get a grip of any cause for alarm, and figured out that she could be held in some office work or maybe holding a meeting.

The mother of three was a witness in a court case involving an MP and over 16 others charged in October 2018. The suspects, Lugari MP Ayub Savula and former Principal Secretary Ministry of In Information , Communication and Technology, he was working here when along with 16 others were charged with conspiring to defraud the government of 122.3 million.

MP Makueni, Daniel Maanzo remarked that Jenifer repaired a car after she survived an accident with a lorry, the lorry driver hit her on a head on collision in Chumvi area, Machakos.

The deceased testified as a state witness and swore to the court to narrate how the incident happened, she was expected to be cross-examined in court by the defendant but the witness canceled her plans to attend the proceedings citing reasons for ill-health issues.

Jennifer body was found unidentified at City Mortuary after her husband had recorded a statement at the Capitol Hill Police Station.

“Already detectives have retrieved CCTV footage at her work and preliminary investigations show that she entered her office and left an hour late.” Komu said.

Komo drove to the NLC offices to find the whereabouts of his wife, a guard told him that Jenifer was seen exiting through the main gate. Her car was later found by the police with family personal effects. Her phone and packed lunch was in the boot.

“I thought she would find a friends phone and call asking me to deliver her phone in case she left it by mistake but she didn’t, and she has not done so up to now,” broken down Komu said.

According to Komu the kidnapers had timed her while she was at a yard where the husband parked the car. The couple reportedly, was sharing a car and the husbands narrates that his wife had her car keys.

However the DCI detectives were puzzled at how her mobile phone was later found in her husband’s car, parked near her office.

A team of detectives led by Kilimani head of Directorate of Criminal Investigations Fatuma Hadi and DCI headquarters’ Martin Nyuguto are still seeking to reconstruct more evidence of this homicide assault as they waited for autopsy results. They urged that the murders must be brought to book.

The evidence collected by the homicide detectives revealed that her colleagues at the workplace noticed that she looked disturbed.

Mauzo To Vera Sidika: I Will Miss Your Killer Figure But I Will Love You More Just The Way You Are