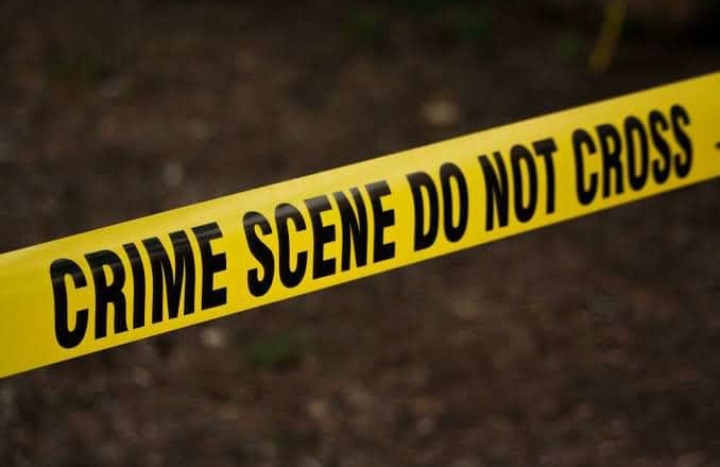 Homicide incidents across the country have been on the rise as several innocent people are losing their lives to brutal assailants who end up being lynched by angry mob.

Agitated mob from Ainamoi, Kericho County had to take the law to their hands as they lynched a middle aged man accused of killing and burying his father. 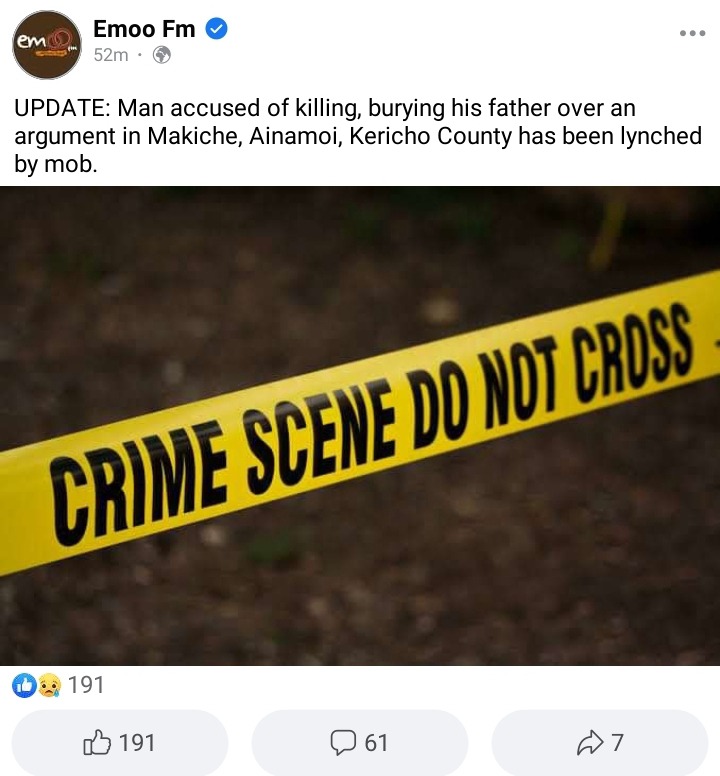 According to reliable Tuko News reports, the angry mob learnt that the yet to be identified man had brutally killed his father and buried him in a shallow grave at their homestead.

It is believed that the man and his deceased father had an argument over some properties which angered him and opted to take away his (father's) life.

After days of going missing, the people who knew him became curious of his whereabouts which led to a thorough search that ended up with the uncovering of the shallow grave.

The mob landed on the suspected son who died on the spot before police officers arrived at the scene to rescue him.

VIDEO: Several Feared Drowned After Bus with 30 Passengers Heading to a Wedding Plunges Into River

Willis Raburu Excited As Their Son Makes Another Step In Life

Uproar as a Patient Removed a Tree Branch by Doctors