Police in Homabay are investigating the death of a man' s 70- year- old grandmother, as well as three cows and five goats.

At the Homabay bus terminal, Steve Olumbe, 24, was captured with a blood- stained axe and a machete. Priscila Were, the late grandmother, and a Grade 7 student who had to flee for her life used to live in the same house as the suspect.

It' s unknown what prompted Olumbe' s choice to visit his grandmother on Tuesday morning at around 2 a. m. One of the suspect' s relatives, however, informed the media that the suspect was constantly on medication to keep his temper in check.

" The suspect and the deceased used to live in the same house as a Class Seven student to whom they were related. Before she could run, he planned to assassinate the minor as well " Steve' s uncle voiced his opinion. 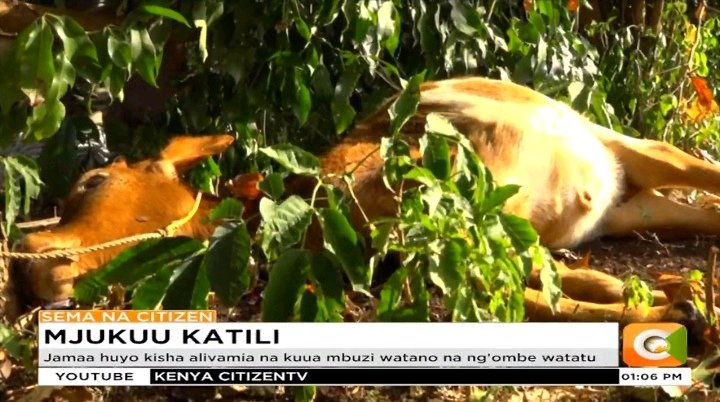 Ms. Were' s remains was taken to Homabay Referral Funeral Home after the man was caught. The police commander in Homa Bay, Esther Seroney, encouraged residents to remain calm.

However, Ms. Seroney further noted that prior to his arraignment in court for murder, the suspect will be submitted to psychological evaluations.

Reports indicate that the young man had a serious altercation with the 70- year Old granny before he killed her in cold blood.

Police officers who toured the scene said they found the lady lying down in a pool of blood.

Reports further indicated the the rogue killer slashed several animals using his machete killing them all.

After the heinous act, this rogue criminal took to his heels and was nabbed by angry Bodaboda riders who gave him a serious beating before being taken to the police station.

It is yet to be established what made him do such an ugly act.

The shocking incident comes at the back drop of investigations as to whay a cop killed six in Kabete. 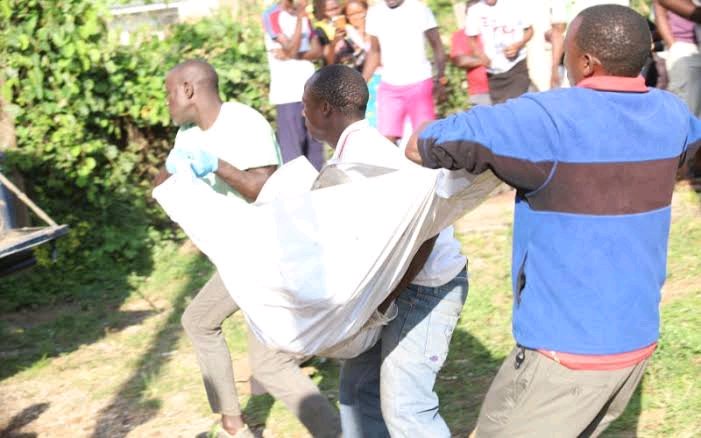 However most of these incidents have been associated with severe cases of depression.