By Shantynews (self media writer) | 24 days ago 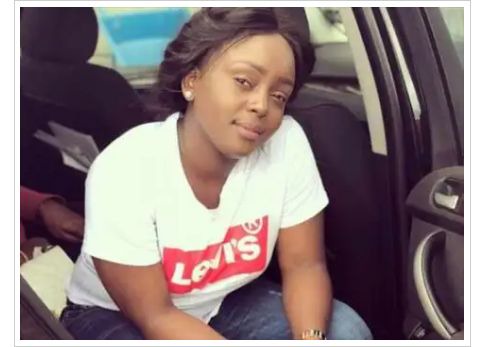 A witness in the murder of businesswoman Monicah Kimani narrated to the court how she received strange texts from her on the fateful night of her demise.

According to a report by Kenyans.co.ke, the witness said that Monica first begged him through a text to spend the night with her.

He found this strange since he had only briefly known her for less than one month.

He had met Monicah on the night of 18th September 2018 when he dropped her at her house in Kilimani but never got inside.

After receiving the text, the witness went to Monica's house but she briefly met him at the parking lot and told him she had to go back immediately since she was in the company of two other men who worked as security guards in State House Nairobi.

The witness went back to his house but at 11PM, he received another strange text from Monica telling him to go and help her sleep.

However, when he called her, all her lines were off.

Jowie's lawyer argued that the texts Monica sent to the witness might have led to her demise since she might have been cohabiting with another man who got angry upon seeing the texts. 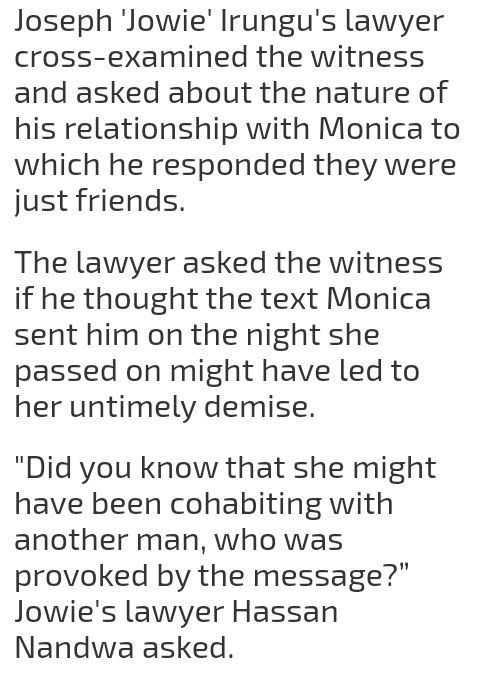 Jowie Irungu ended up being a top suspect after DNA profiles collected from the scene of crime matched with his. 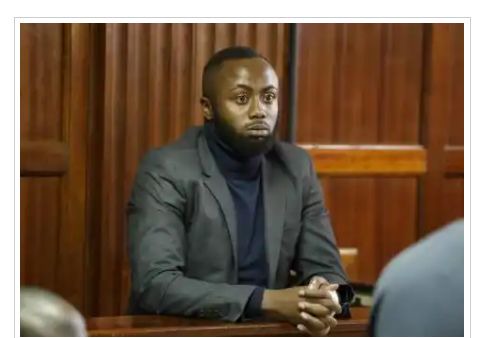 "Are You Serious?" Ledama Hits Hard At Raila, Regrets After What He Is Told