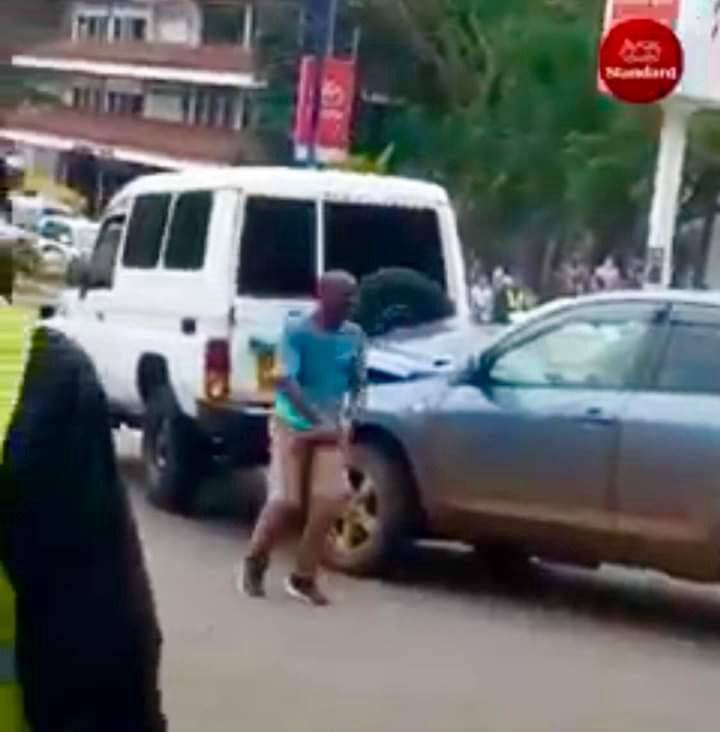 Dramatic scenes as man in suspicious motorvehicle gets arrested by DCI detectives.

The sounds of gunshot rented the air sending many people who were going on with their businesses into panic.

The detectives were pursuing the besieged driver of the vehicle identified as, James Njonjo Mue, who attempted to escape from the lone detective who riddled live bullets on the vehicle, deflating two of its tyres.

It is alleged that the hawk-eyed detective on patrol came across a Toyota Rav4 registration number KBS 175H, making sharp bends at the roundabout next to Kisumu Boys high school.

In the process to find out the intention of the driver the cops in a white Toyota land-cruiser caravan, impounded the vehicle.

But he was unable to believe his eyes when the driver refused to stop and later rammed on the police vehicle severally. 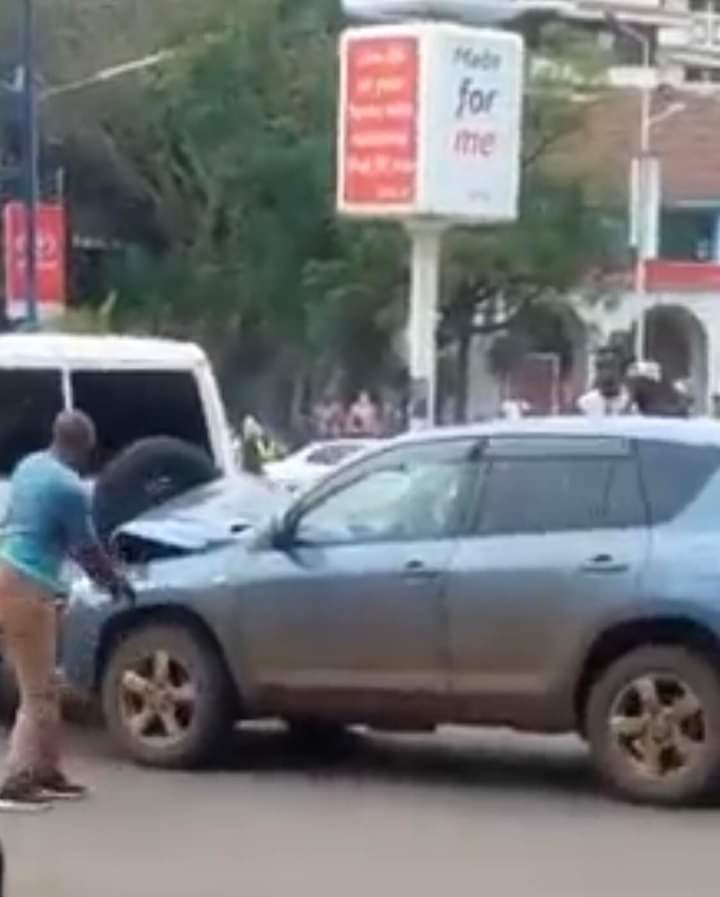 What ensued was the dramatic chase by the detective who was at the wheel of the land-cruiser who hurriedly got out of the vehicle, withdrew his gun from its waist holster, released the safety cache and shot several rounds put the suspect at a close range.

Back at the scene, the driver of the vehicle refused to stop and sped on two flat tires upto Milimani making the hardworking detective and his colleagues to give chase and nabbed the suspect outside Sovereign hotel.

Detectives are now questioning the accused. 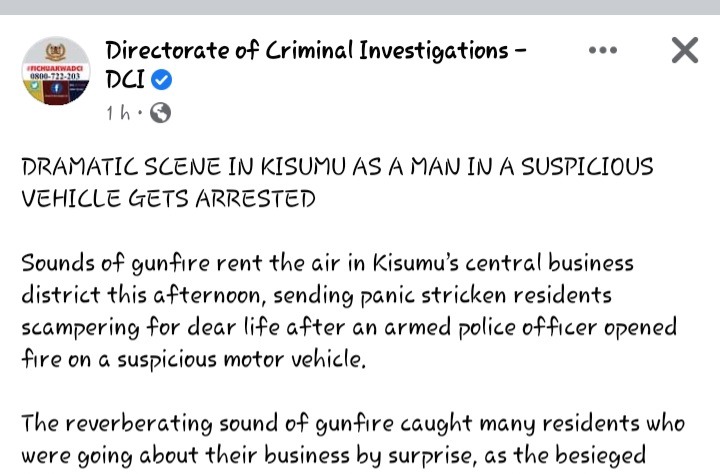 Ledama Differs With Colleagues, Asks SRC To Reduce Their Salaries, Add To The Following Individuals

Sen. Ledama Urges The Govt. To Increase Salaries of Police & Millitary, Says They're not Appreciated

Disbelief Among Residents As A Man, 42, Writes A Suicide Note Before Committing Suicide