By BlackGist (self media writer) | 1 month ago Two Makueni based teachers have heavens to thank after they escaped the wrath of irate bodaboda riders by the skin of their teeth last evening, after seeking refuge at a police post.

The two teachers based at two local Primary Schools, stormed Kambu police post and went straight behind the report office desk with dozens of motorbike riders hot in their pursuit.

They took cover behind two surprised police officers manning the desk, pleading with them to protect them from the angry mob that was baying for their blood. The officers who had a difficult time trying to calm down the mob learnt that the two men seeking refuge behind their backs, had allegedly been given a token of Sh1 Million by a politician who was campaigning in the area earlier in the day. 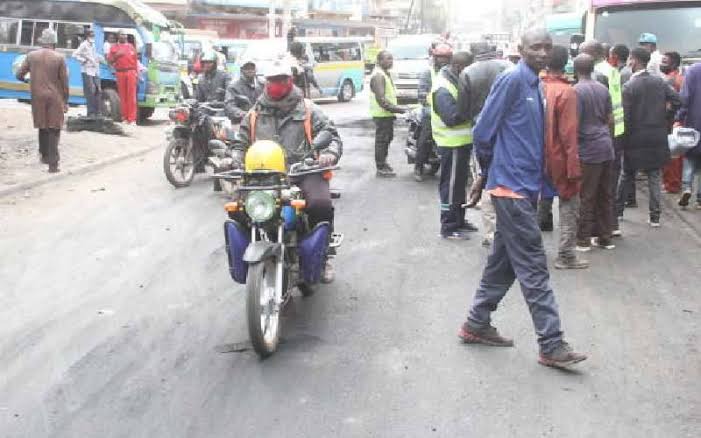 The boda boda riders alleged that instead of the two sharing the incentive with them and the womenfolk selling market merchandise, they took off with with the money.

As the officers tried to calm down the unruly mob, some became impatient and started hurling projectiles at them demanding that the two be released to face instant justice.

This forced the officers to call for reinforcement from Mtito Andei police station, which arrived immediately. The mob was dispersed but pockets of the infuriated boda boda riders who couldn’t come to terms with the loss, remained peeping at the ongoings in the police post, from the periphery.

Investigations into the incident are ongoing. 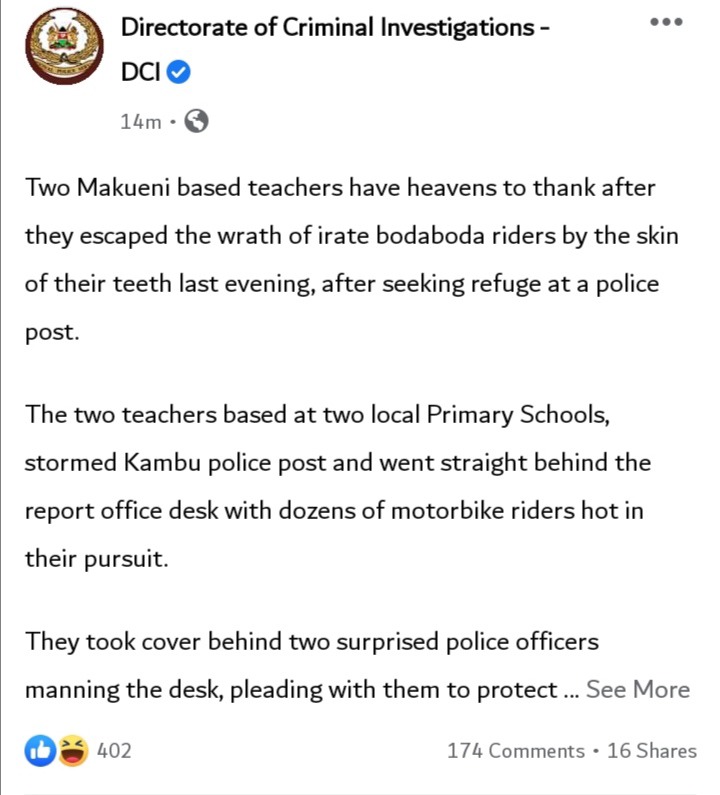