Alshabaab militants have killed two and injured 10 police officers after ambushing them at Bambo area in Mandera county on Saturday morning.

According to sources, the officers were in a lorry heading to Mandera town from Rhamu when the militants attacked them at around 9am.

Eyewitnesses say the lorry was on routine duty of delivering food to the security officers before the incident happened, where the victims were shot, leaving them with serious gunshot wounds. 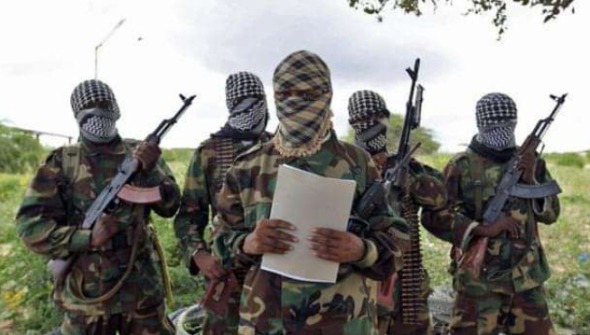 According to residents the militants had been spotted in the area days before the incident and they were believed to be planting explosives in the area.

The militants first used a rocket propelled grenade on the lorry but their plan failed where they resorted to use rifles.

One of the police officer who survived the ambush said their driver drove at high speed past the scene amid heavy gunfire.

“Unfortunately we lost two officers and others were injured. It could have been worse,” he said.

"He Will Not Allow Ruto to Win Any Seat In Central" Uhuru's Ally Reveals, Confirms Campaign Launch

How 29 Christians Died During an Open Air Crusade