The Detained of Thugs after being Arrested on Their Way to Rob into The Prime Bank in Nairobi, Kenya

By davidasol5 (self media writer) | 1 year ago

Early today in the morning, gang of five accused to have conspired to break into Prime Bank OTC branch, was arrested. Gabriel Mungai, Fredrick Muderwa, Charles Mulo, Reuben Njuka and Jesse Muriuki were arrested by a team of officers from DCI and Kamukunji police Station in the wee hours of the morning, as they were ready to break into the bank located at Angle House along Ukwala lane, that share the same wall with that of the bank.

According to a police report, the thugs had booked themselves into guest rooms at the said building. The detectives of criminal investigation got information of their plan and spoiled their party! They stormed into the building with a thud forcing the thugs to scamper, taking cover in the ceiling. 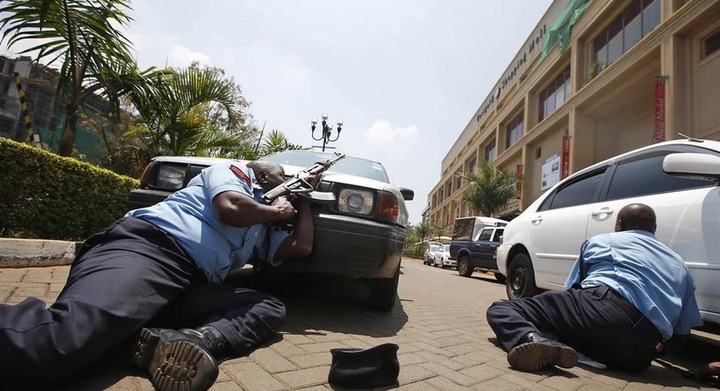 The thugs booked themselves into guest rooms at the said building, arrested However detectives got wind of the plan and spoiled their party! They stormed into the building with a thud forcing the thugs to scamper, taking cover in the ceiling. Detective brought the ceiling down, exposing the five who clung on the roof trusses for dear life. Having been cornered, the suspects were left with no other option, other than to surrender in the hands of our officers.

The suspects were booked at Kamukunji police station where they are currently cooling their heels, awaiting arraignment in court. During the operation the officers managed to recover three hacksaws, one knotted twisted rope, one metal driller, five metal bars, one metal cutter scissors and one suitcase.

Content created and supplied by: davidasol5 (via Opera News )