Incidents of defilement in the country have been on the rise with the government urging people to abstain from such acts that have landed many in jail for the rest of their lives. 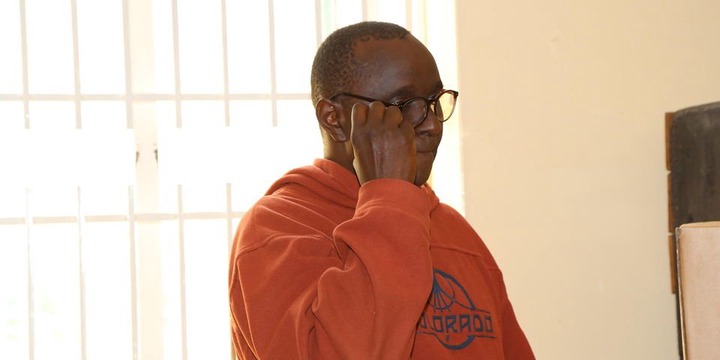 Picture courtesy. Image of the tycoon who is accused of defiling the girl.

The law clearly states that having intercourse with someone who is below the age of 18 years constitutes defilement which has a minimum mandatory sentence of 15 years if one is found guilty in a court of law of the crime.

This is what has befell a tycoon from Nakuru County according to Daily Nation Newspaper who is said to have defiled a young girl on numerous occasions after luring her on the diverse dates.

The tycoon, who is said to be the owner of petrol stations in the area, was arrested and placed under custody and has been arraigned before a court of law.

The man, has been identified as businessman Mr Joel Wachanga Ndekei of defiling the 16 year old girl between May 1st and 20th of this year and thereby impregnating her.

The incident happened in Lanet area of Bahati Sub County in Nakuru County and this is where the man was arrested and taken into custody.

He is said to have taken the girl into hiding in Nyeri County after he discovered that she was pregnant and this is what might have led to his arrest.

He was released on a 300,000 shilling bond after denying all the counts that were read to him by the court. 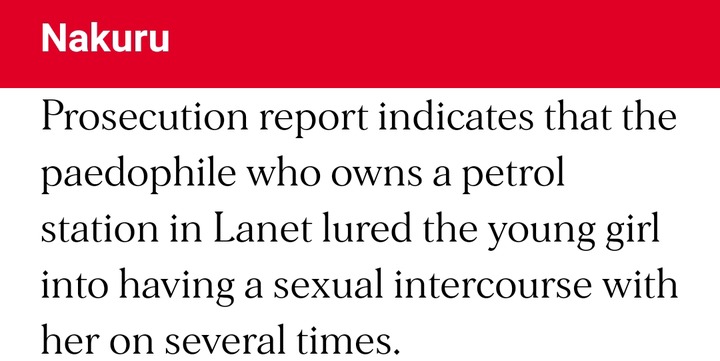 No Sharing my Man, Woman Kills her Husband's New Wife he had Invited to his House as a Second Wife

Ruto To Be Arrested? New Details Emerge As Raila's Ally Call For A Police Action Against Dp(Video)