Man, 33, Hacked His Brother To Death Over The Ownership Of A Three-seater Sofa Set 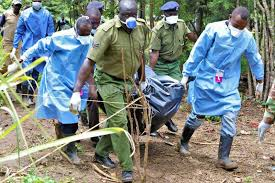 A 33-year-old doctor on Wednesday hacked his brother to death in Nyeri after the two differed over the ownership of a three-seater sofa set.

The Directorate of Criminal Investigations (DCI) said Elias Muriithi hacked his 39-year-old brother Joseph Maina for trying to repossess the seat which he inherited from his hi mother’s room. 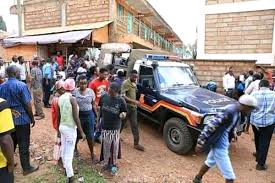 “Acting under the instructions of their mother, the deceased is reported to have gone to the house of his younger brother to repossess the couch,” said DCI.

A fight ensued between the duo after Joseph was instructed by his mother to go for the sofa set from his younger brother’s room.

The suspect is said to have become angered with the move to repossess the couch, and a confrontation ensued between them.

The suspect is reported to have withdrew a panga from his trouser and hacked his brother to death. 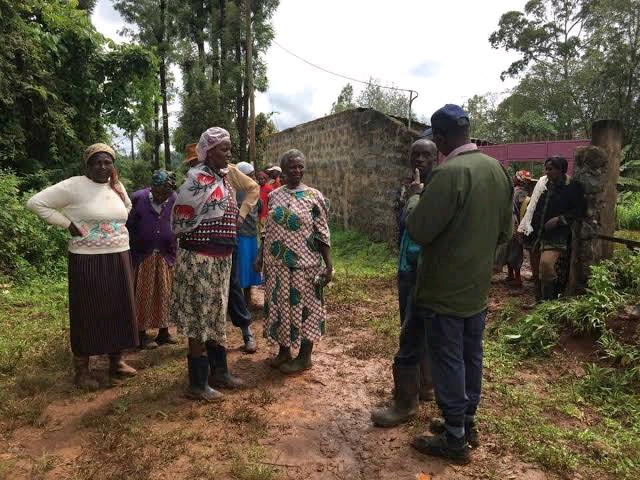 On learning that his brother is dead, Muriithi escaped the site and went to the police at Mathari Police Post to run away from lynching by irate mob.

Neighbours who toured the scene of crime to have a glance of what transpired, found Joseph's body lying in a pool of blood.

Security officers attached to Mathari Police Post visited the scene only to find the victim dead.

Crime Scene officers processed the scene of the crime and have launched a investigations into the murder.

The accused will be arraigned after the probes are over. 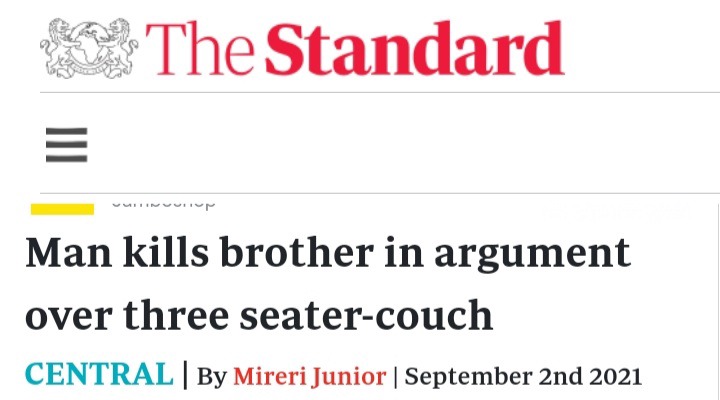