By BOYDFUNATECH (self media writer) | 1 year ago

Residents of Namirembe village in Bungoma South sub-county, Bungoma county woke up to a root shock after a 19 year old form four student at Kisuluni Secondary school killed his father. 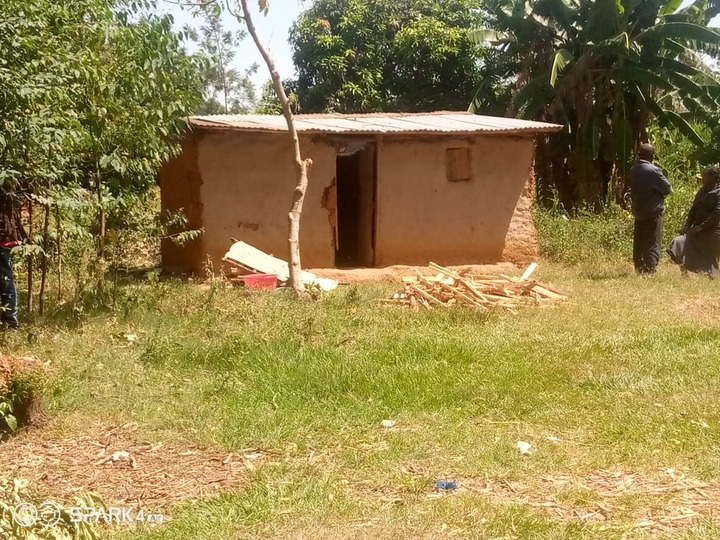 House in which Brian lives, neighbors say he was having a sex party together with his five friends, two men and three primary school girls, his father had come to tell him to go back to school on receiving reports that he had doped out of school, source files.

Bernard Juma Khapwondi, 46 is said to have encountered his death when he tried to convince his son Brian to go back to school.

Neighbors attest that the boy’s character had changed drastically and he had already quitted school and joined a bad company.

“The boy with his two friends are now used to having sex parties in their house, taking bhang and absconding school, they have even been arrested with some bundles of bhang,” said Martin Wanjala, the chair of Batikwika clan which the boy belongs to.

It is said that they have been selling their parcel of land and bribing their son to calm over it but this time round; the deal seems to have backfired, causing the son to rage fire at his father. 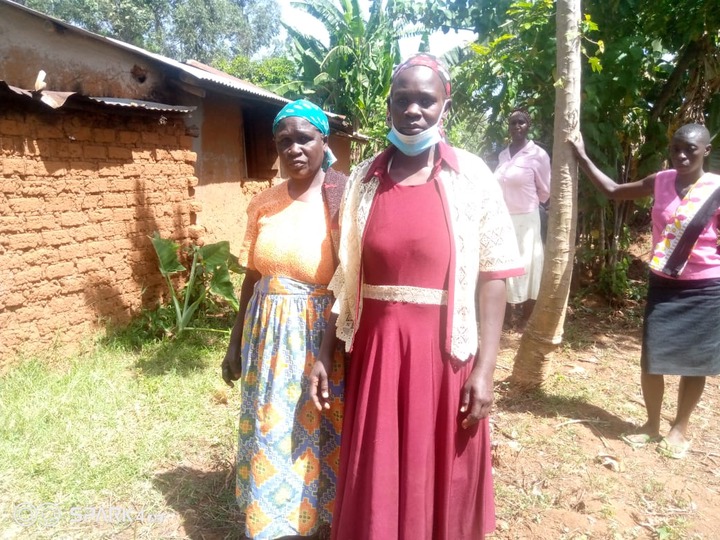 Leah Nekesa Mukhebi(in pink), wife to the deceased, she says they had received reports of ill character of their son and her husband encountered his death while on the mission to advise him, source files.

“They sold part of the land but the father failed to honor his promise of giving his son a sum of KSH 30,000 as his share,” said Peter Lefty Nyongesa, a cousin to Brian.

Further details reveal that the late Bernard and his wife leah Nekesa Mukhebi had relocated to Mayanja after selling land in Namirembe against the will of the clan.

The eyewitnesses of the incidence say it happened at around 8:00 PM in the evening. They say the father tried to scream but neighbors arrived late to save him. 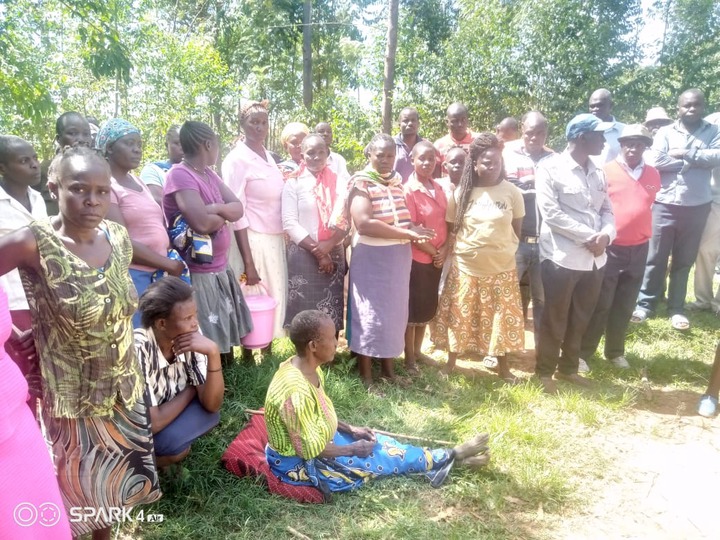 Namirembe residents stare in disbelief at the home of Bernard Juma who was killed by his son, a form four student at Kisuluni Secondary School, source files.

“He bled profusely as the cuts were too severe, our neighbors helped us to take him to Makuti Nzoia Medical center,” said Consolata Khapwondi, sister to the deceased.

The assailant’s grandmother Clementina Naliaka says she was unable to get out due to tension because she stays alone in the house and the commotion outside was too high.

Neighbors are said to have rushed Bernard to Makuti Nzoia Medical center, however, it could note handle the case as the injuries were to severe. He was referred to Bungoma Referral hospital but passed on upon arrival due to postpartum bleeding.

The police acted promptly and arrested Brian with his friend at Matumbufu where they were hiding. They were taken to Namirembe police station where hungry residents followed to carry out mob justice, forcing the police to transfer the boys to Sangálo police station.

Namirembe village has also been marked by residents as a dark spot for bhang and drug abuse and the Chief Patrick Namutembi has been asked to pay much vigilance on the illicit character of youths. 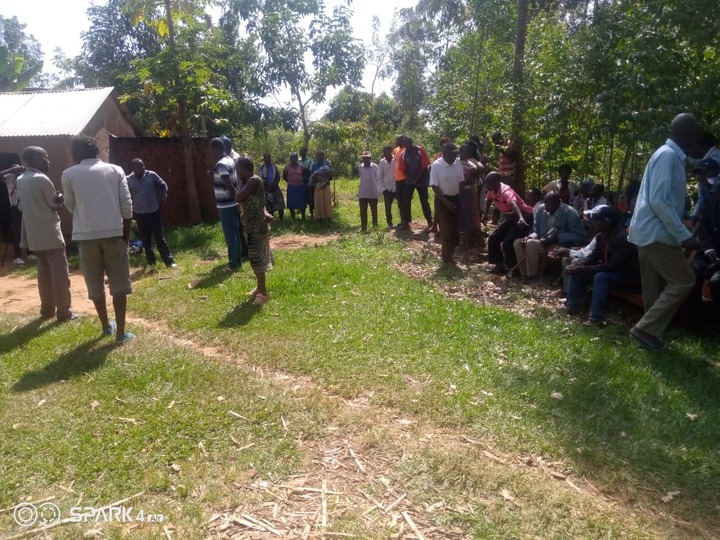 People mourn at the home of the deceased, family members say the boy used a machete and other blunt objects to slay his biological father, source files.

The body has been transferred to Bungoma county referral mortuary as the assailant awaits trial. It has also been reported that the three girls and one boy who were in the house were primary school children and re being traced by the police.

Bungoma South OCPD Wilson Nanga has confirmed the incidence and asked residents to remain calm as investigations go on.