By Nipashenews (self meida writer) | 8 days

Mourners at Nyinyira village in Terik ward in Nandi county had a rough time yesterday as they ferried the dead body of their beloved one to his home for burial. 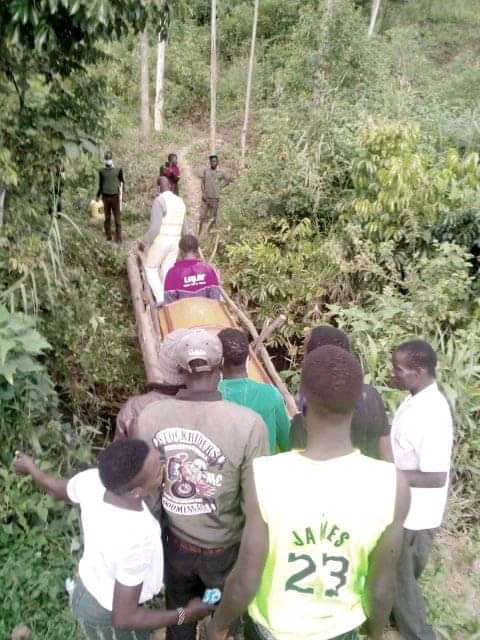 The late Langalanga who had passed away and his body taken to Kapsabet Hospital's morgue last week was brought home yesterday where his burial has taken place today.

In what was seen as an insult to an injury,was the poor condition of roads in the region characterised by lack good bridges across rivers.

As evidenced by the photos posted on social media by Halifax Jebet who is a close kin to the deceased,the situation at hand is wanting. 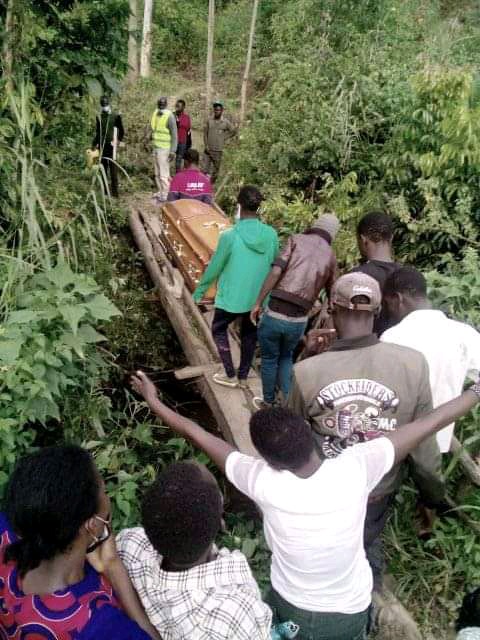 The mourners are pictured crossing a river using an improvised bridge made up of two weak wooden logs.Two men are seen holding the coffin one in front and the other one at the back as they ferried the body to the other side of the river.

This posed a great risk as a slight slip by either men could have send them down into the river together with the dead body,which actually could have been a terrible ordeal.

As we know,dead bodies are always very heavy and requires several able-bodied men to hold and carry it.Thus seeing only two men carrying the coffin,to make it worse, across a river using a bridge made of weak logs,is actually something that terrifies. 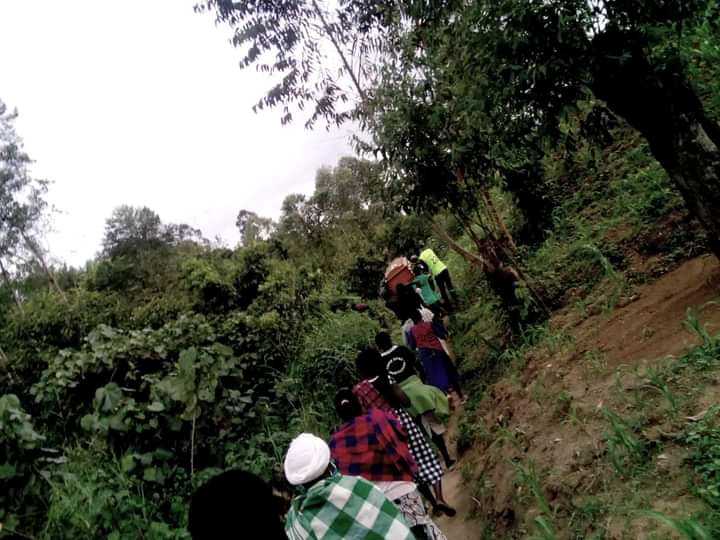 Mourners Accompanying The Body At Nyinyira Through The Forest Owing Poor Roads.

Responding to the picture,the residents and other social media users put on spot their leaders decried their igorance and negligence.

Through their comments,they blamed their leaders for failing to construct good bridges for them.They blamed their Terik Member of County Assembly Mr.Komen for his negligence.

This comes as the residents of Kemeloi in Kemeloi-Maraba ward continue lamenting over the deteriorating conditions of roads in their region which are at the verge of halting their business activities.

Pictured below,is a section of Kamaindi-Kemeloi road,which slid recently due to its pathetic condition which could not endure heavy rains that are currently being experienced in the region. 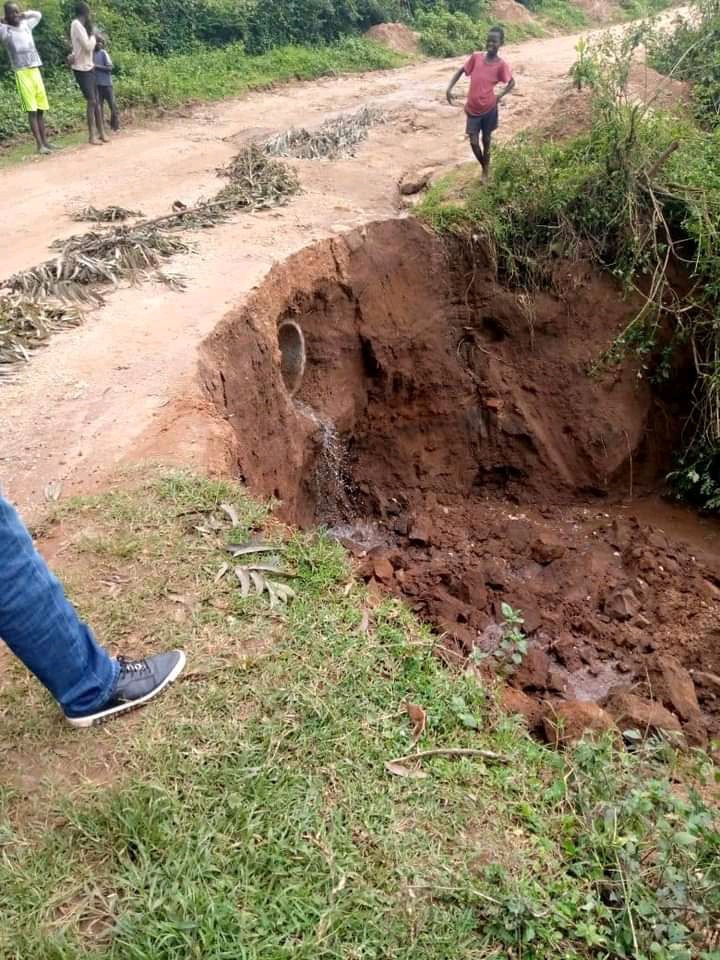 Part of The Slid Section Of Kamaindi Kemeloi Road,It Connects This Area To Serem Market.

This road is useful to the area residents as it is the only way that is being used by business persons to reach serem which is the biggest market in the region. 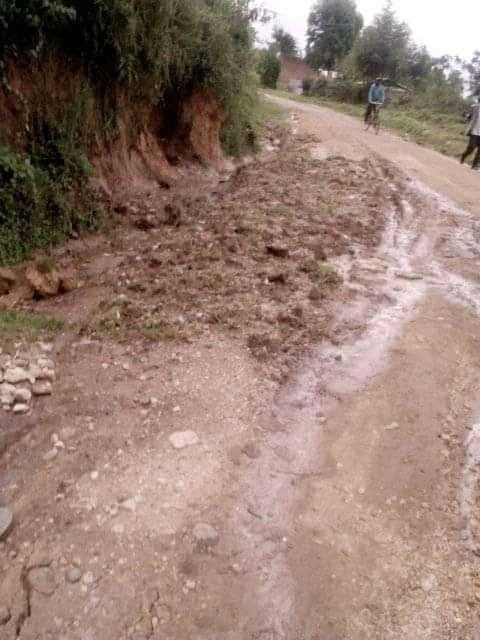 It is thus a plea by the residents of Nandi to their Governor Stephen Sang and their respective MCAs to be responsible by improving the conditions of infrastructure in Nandi county.

Some of The Dangerous Routes Along Nakuru-Nairobi Highway