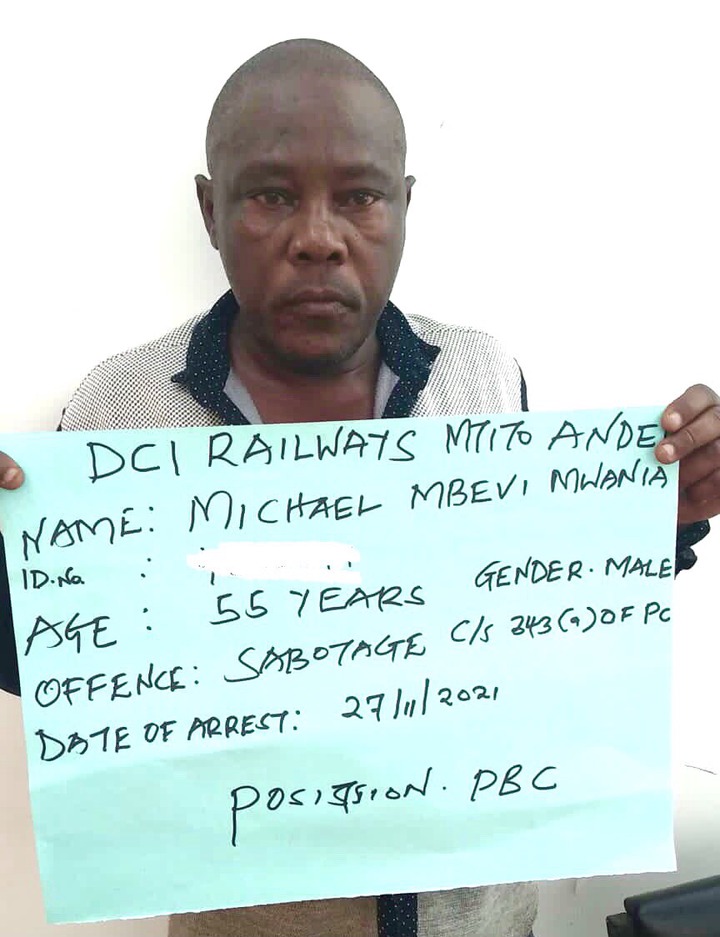 A scrap metal dealer who is responsible for the vandalism of railway gauge blocks, thus leading to the delay of SGR services on Monday, November 22, has finally been arrested. The suspect Michael Mbevi, was nabbed today morning at his scrap metal store in Kinyambu, Mtito-Andei, as he loaded the gauge blocks into a waiting lorry destined for the lucrative scrap metal market.

The DCI also arrested the Lorry driver Nicodemus Kyove, after he tried to escape. 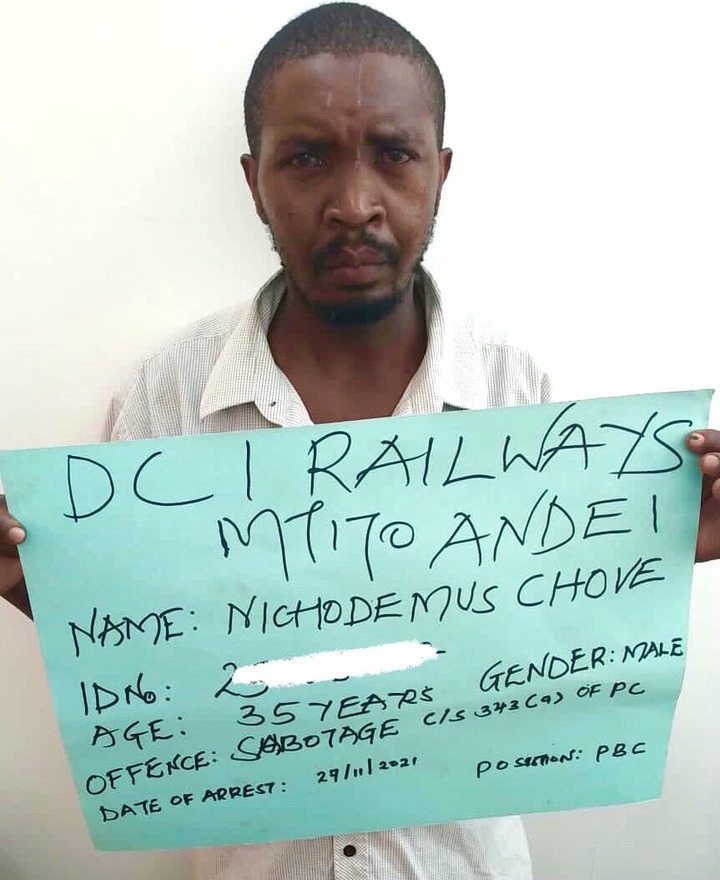 The two were arrested after DCI received a tip-off from a patriotic member of the public, who informed Railway Police officers.

The Disappearance of the critical blocks led to the stoppage of operations along the busy railway line for two hours, as railway engineers fixed the damage. The two are set to be charged with Economic Sabotage and Terrorism related charges. The two are likely to be hanged if found guilty. 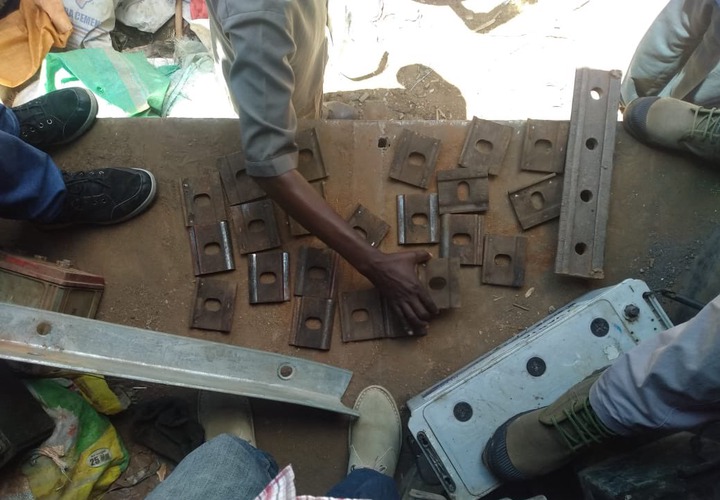 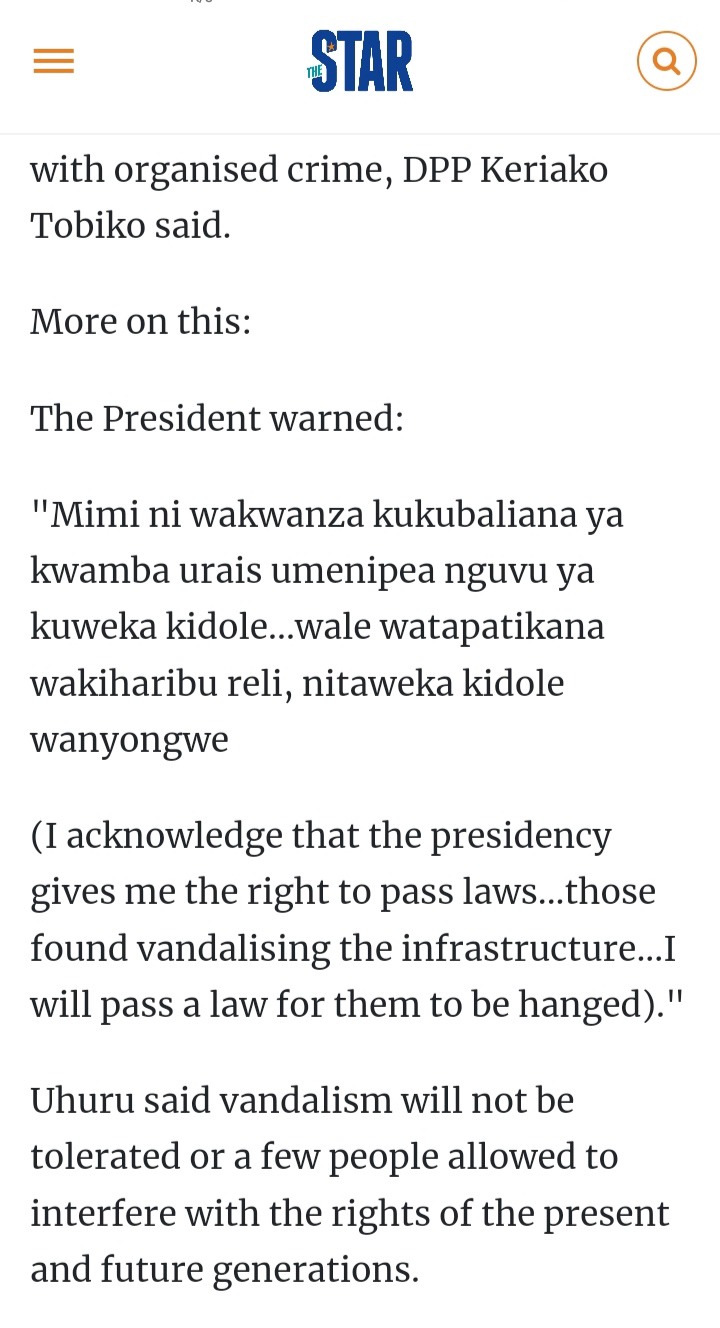