Michael Jackson, a man aged 25 years old was killed by one Samwel Alfred aged 48 years after catching him red-handed harvesting the fruits of his wife Habida Saidi who is 22 years old. Police officers in Manyara Province arrested Alfred for killing a man out of jealousy. Alfred is said to have killed Michael Jackson using a panga he was holding.

Confirming the incident, commander of police forces in Manyara Mr. Merrison Mwakyoma, the henious incident took place on 8th September 2021 at around 10 am. The man left his wife at home taking a nap, he informed her that he had gone to fetch firewood at a nearby forest. As soon as Alfred left the house, the woman contacted her secret lover Mr. Jackson to come and satisfy her.

When Jackson reached her home, they settled for the idea of engaging in the act at the cowshed rather than doing it in the house. They started doing the act not knowing the danger that awaits, Mr. Alfred had only laid a trap to catch them and no sooner has they started than he appeared. Out of rage, he cut Jackson into pieces, his wife who was also trying to defend her secret lover ended up loosing an arm after the encounter. Sadly, the man lost his life due to the many injuries he sustained.

Alfred was arrested and is currently being detained at a police cell, police officers are waiting for full evidence after investigations in order to arraign him in court. People were warned against hovering around with other people's wives since it may lead to chaos.

It was revealed that the young man has been in a relationship with the married woman for quite some time, he was however warned but he did not take it into account, the man on the other side knew that his wife was playing smart with him, so he had to draw a plan and catch her doing the act before taking action. 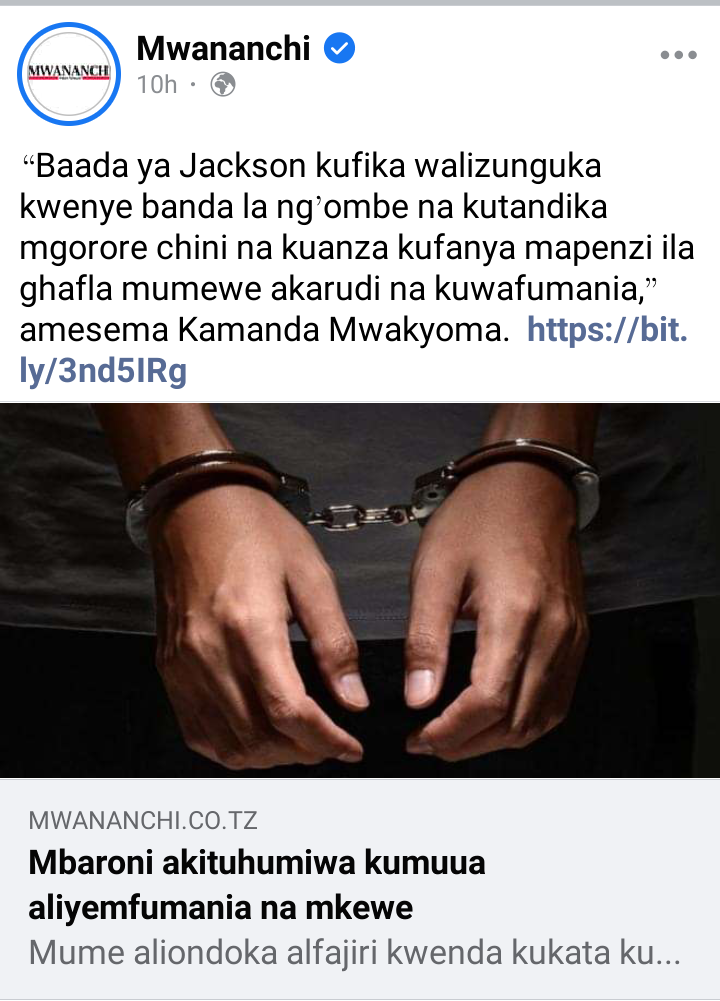 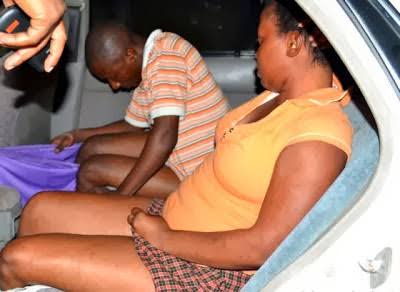