Police officers from Limuru are currently investigating an incident that happened today in the morning after the lifeless body of a female police officer is reported to have been found in her house after she allegedly killed herself.

According to the reports given by a reliable source of information, it has been revealed that the deceased was allegedly found by one of her colleagues who had gone to Check on her only to find her dead.

Further reports have revealed that the deceased whose body was taken to the Mortuary shot her head using her gun. Sadly, she allegedly never opened up to anyone.

While reacting to this incident, kenyans who took to their different social media accounts to express their opinions and suggestions on the matter have called upon the inspector General of police to find a solution to the already increasing cases of police officers who are currently taking their own lives.

According to the reports given by most Kenyans, they claimed that it was so unfortunate that the government is yet to do something about this despite the fact that Alot of police officers are currently Loosing their lives on a daily basis because of depression among other mental illnesses. 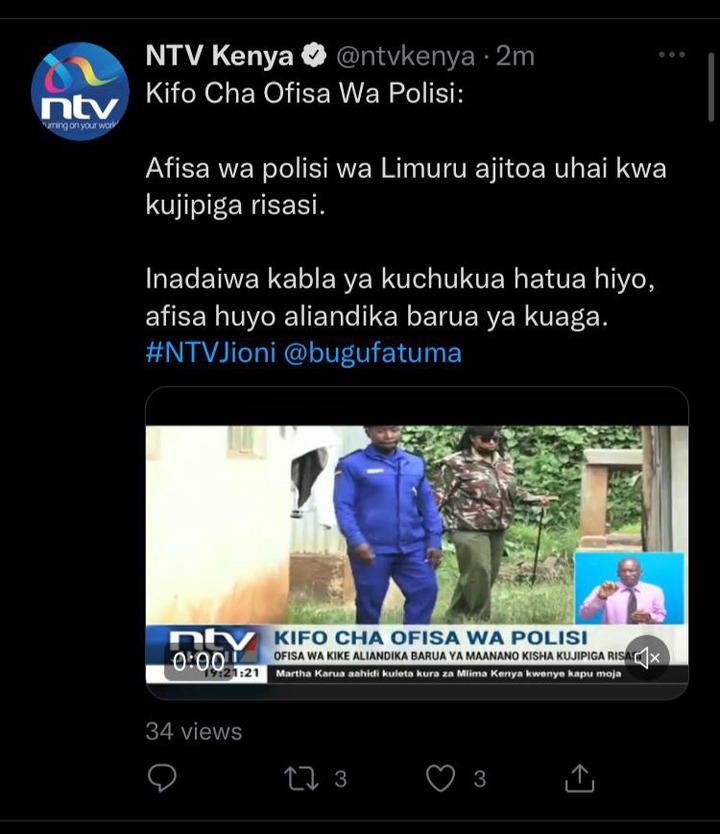 She Was Not Raped, Fresh Details On How Ms Wambui Was Killed By 'Confirm' Gang In Nakuru