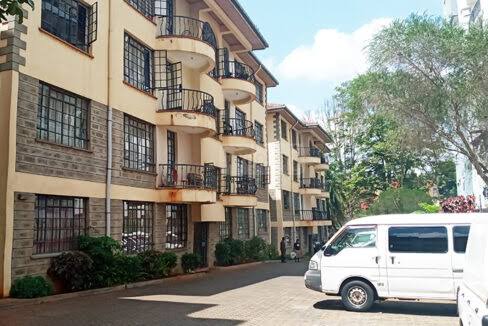 A exclusive apartment in Kilimani, Nairobi

A long-term contracted caretaker of flats based in Mlango Kubwa in Nairobi has apparently left his client reeling in shock after he turned out to be a low-lying fraud who kept patient as rent from the property piled into one and a half million before he disappeared.

The fraudster identified as Peter Gikonyo who has a property management agency named, Afriland Agencies (AA) would later play hide and seek as police kept trailing him. His game however became untenable for long-term survival and the police caught up with him.

Mr. Gikonyo has today been presented before Principal Magistrate Zainab Abdul and charged with theft of Sh 1.59 million at Milimani law courts. 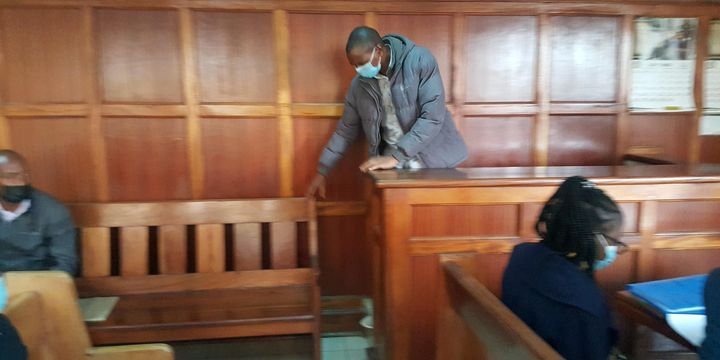 The suspect later applied to be freed on bond saying he is not a flight risk and that he will turn up in court for trial.

“I urge this court to grant the accused a reasonable cash bail,” a defence lawyer pleaded with the court.

The accused was released on a Sh1 million bond with a surety of similar amount and an option of a Sh700,000 cash bail.

He was also ordered to present two contact persons who will ensure he attends court.

The court also directed that the accused be furnished with witness statements and exhibits to enable him to prepare his defence.

The case will now be mentioned on September 15, 2021 for pre-trial directions. 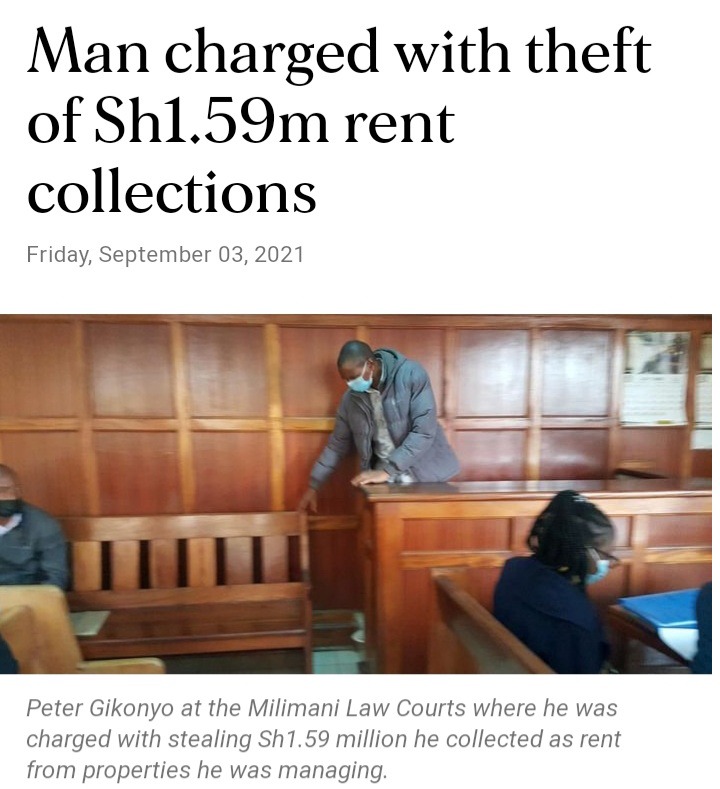