By Kelvic (self media writer) | 6 months ago

Police officers are mandated to protect citizens through providing security. But in the recently the police officers have turned inhuman and killing or intimidating innocent kenyan. The latest being the case of Benson Imbatu who Committed Suicide after he killed his wife and other five people. 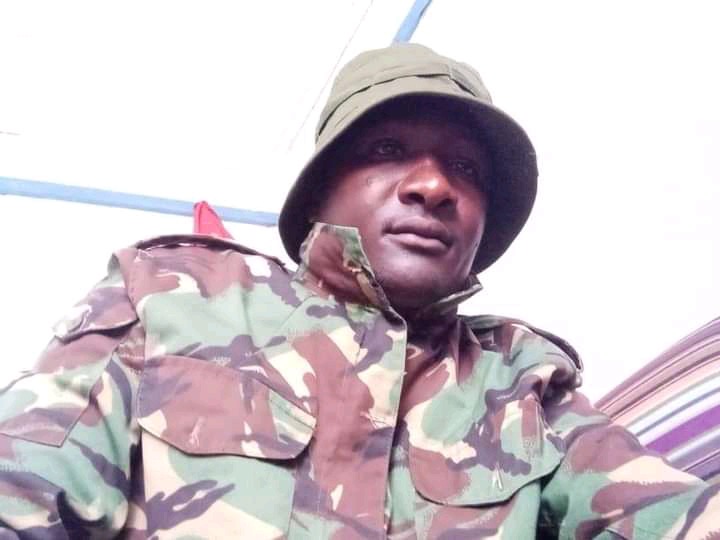 Today we have received another complaint against the police. According to the source it was reported vida OB.Xx/12/2021 by one businessman of animals feeds at Kahuro Muranga county that on 5/12/2021 at around 0200hrs while driving along Kagio Sagana road in a Motor vehicle KBA 034N Isuzu lorry carrying animal hey, he was intercepted by police officers in a police land cruiser registration number GK B134Y of Kigio police station on allegation that his vehicle was ferrying bhang.

Police searched the vehicle but no recovery was made. Police insisted that they go to Kagio police station. On the way to police station, they demand Ksh. 200000  from him which he didn't have. He was directed to park the vehicle at a car wash within Kagio town, bundled in police vehicle and directed to transfer money from his bank account to mpesa for ease withdrawal as he had no bank card.

They then took him to Merika petrol station Ngurubani, Equity bank, Co-op ATM Kagio where he withdrew total Ksh. 80000 and gave them. He was released at around 0400hrs for home.

Today he reported the matter to Kirinyaga West police commander and the police officers have been arrested. They will be summoned in court on Monday. 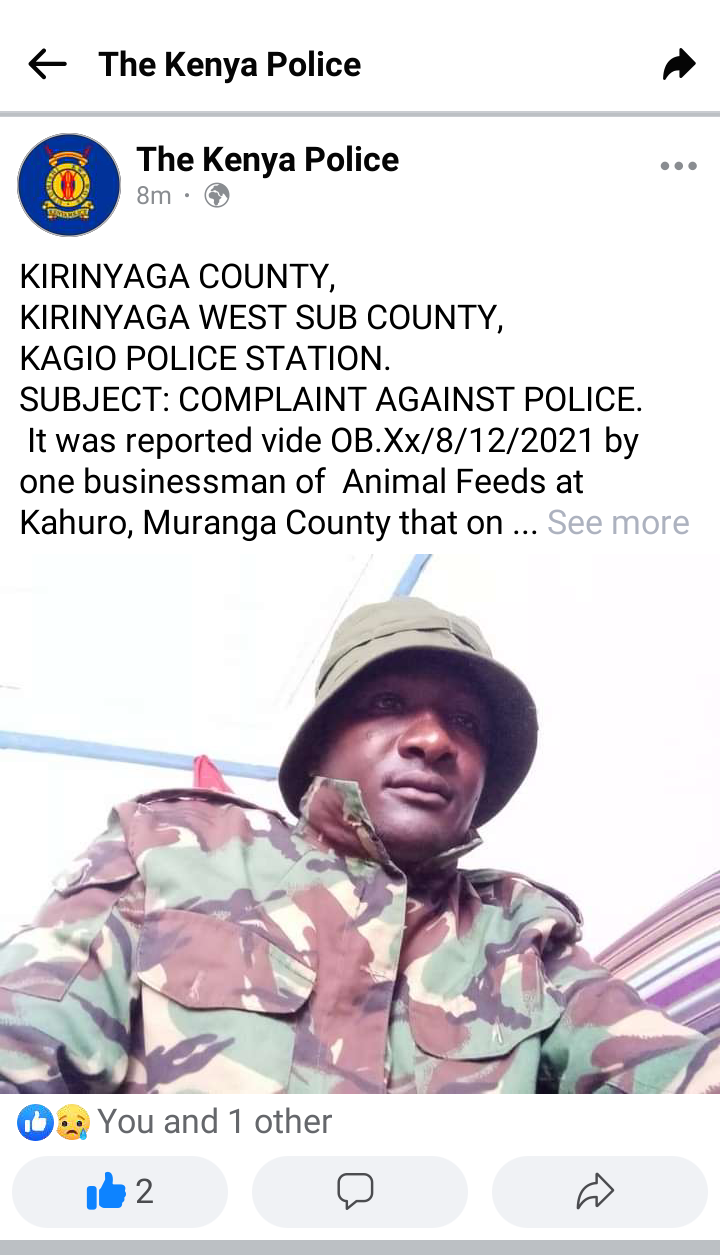