Revealed: Amount of Bribe Money Driver was Asked for by Traffic Police before Dying in Accident 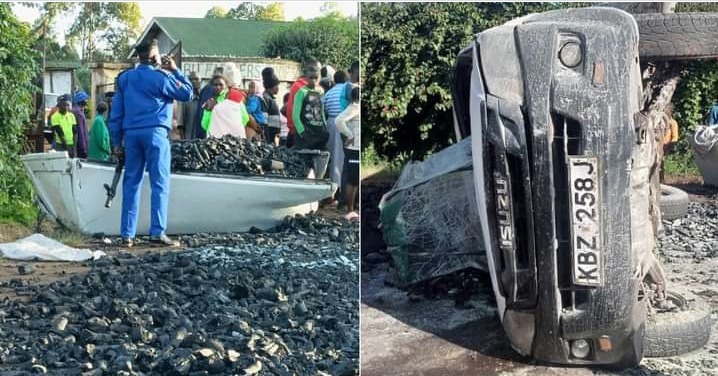 The accident scene where the driver died while being chased by traffic police officer for not giving bribe. (Photo Courtesy)

A pick up driver has lost his life this afternoon in a rather controversial incident which involved two traffic police officers.

The driver of the pick up loaded with charcoal who was plying along Kiamatugu-Kianyaga road was stopped by two traffic officers for their usual bribe. 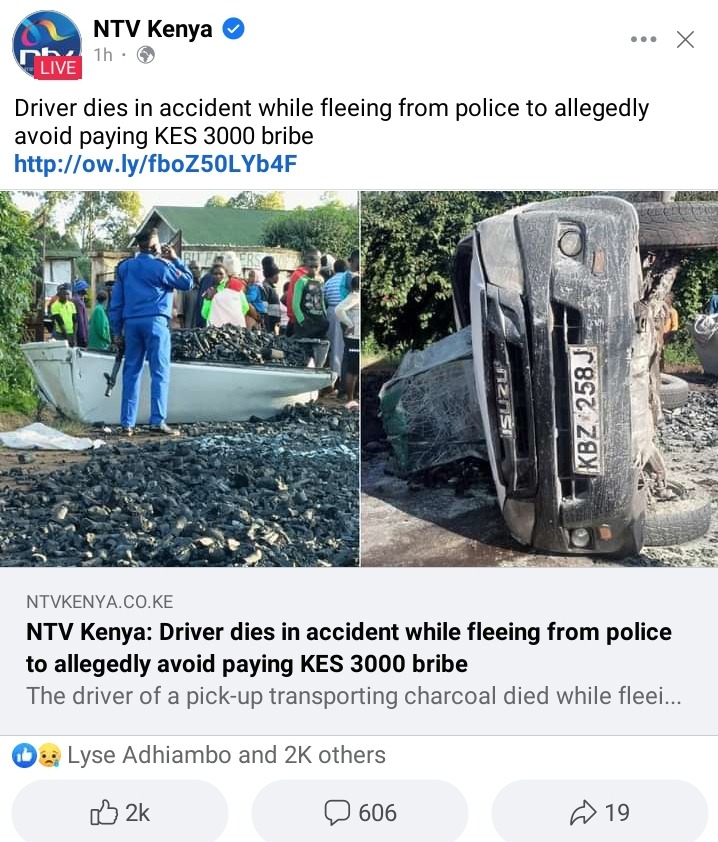 According to NTV news reports, the driver declined to pay three thousand shillings bribe that was asked by the officers as they were used to pay one thousand that led to a chase which made the driver loose control, crash landed and died on the spot.

"Njoroge claimed that although they usually give them KES 1000, the two police officers who were driving a Probox vehicle were extremely hostile and demanded KES 3000.

He claimed that they decided to flee from the officers at a very high speed when their vehicle lost control and rolled several times." The reports stated.