It's now almost four months since city lawyer Ben Njau Kayai was abducted by unknown people. The family is now tired of waiting and sources indicate that they are calling for whoever took their kin to return him whether he's dead or alive. 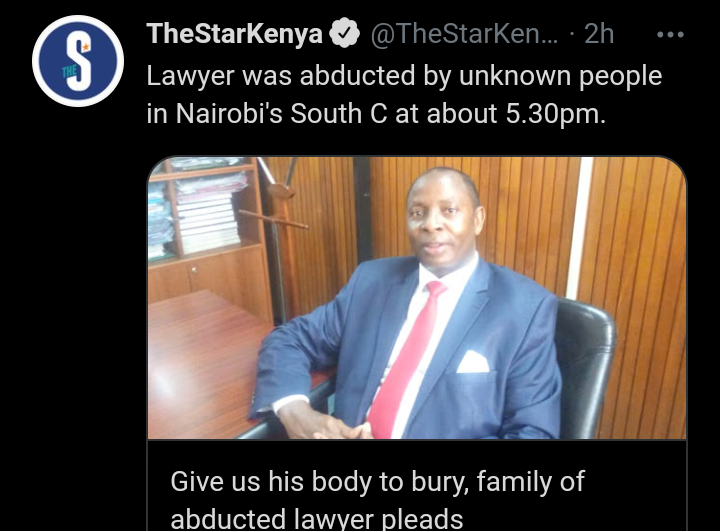 Njaj was abducted in Nairobi along Muhoho avenue by men in black. Upto now police have no leads nor any information about his whereabouts. According to a CCTV footage that was released. Njau's hired car was in company of two vehicles which had sandwiched him between. He us then seen dragged out of the car and taken to one alleged to be belonging to kidnappers. 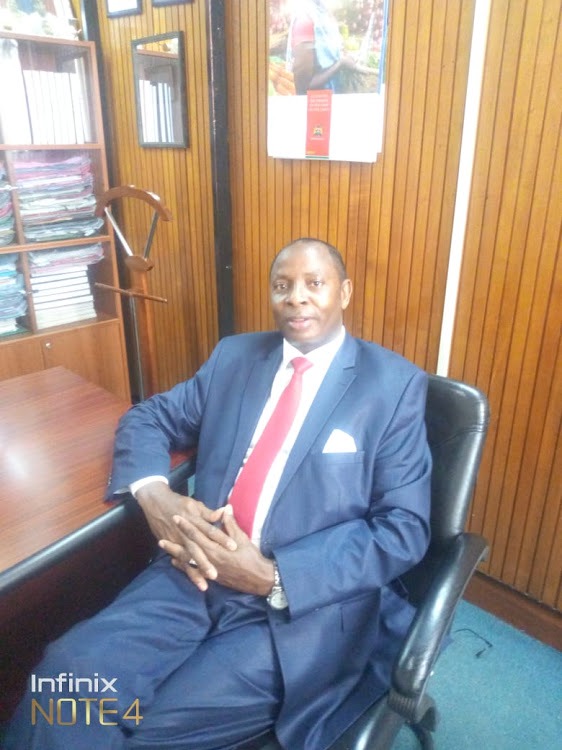 According to the brother of the victim Nick Kiyai, his brother was missing and nobody was caring. "We have seen missing people emerge and their bodies retrieved, Why can’t we get any information about Ben?” Nick said in pain. The family however doubt that their kin was abducted because he was ordered to pay back 20 million which he allegedly stole from client. Although they solved the matter out of court family believes the case has connection with their missing son.

Content created and supplied by: 254_Trends (via Opera News )

A Hardworking Nurse Dies In The Hands Of Uncaring Bosses

“Just Killed & I Want to be Charged With Murder,” Busia Man Confesses After Surrendering