By Alioski (self media writer) | 17 days ago 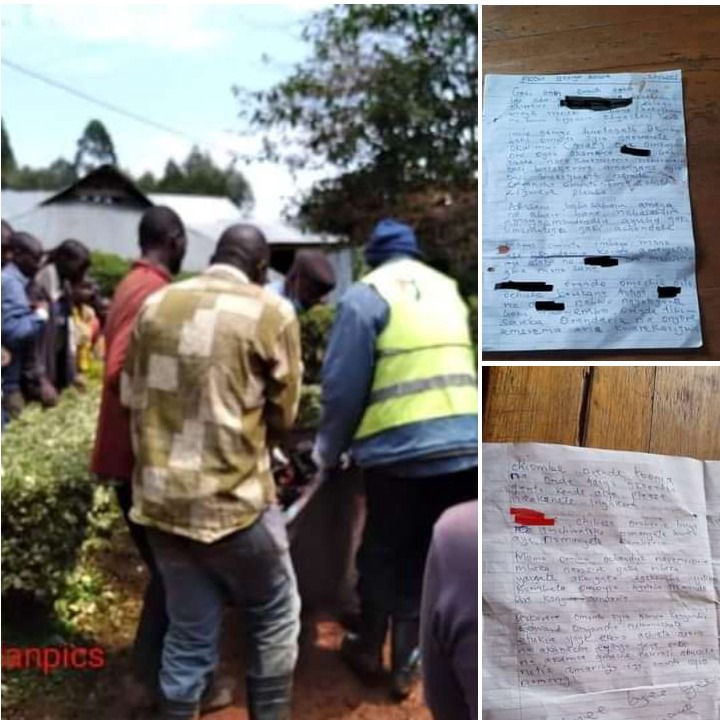 Residents of Nyabomite village, Bogichora ward, Nyamira County, were left in shock after a man from their village allegedly killed his wife in cold blood before hanging himself.

The deceased man, George Asiba, left a suicide note, citing infidelity as the cause of his action. From the handwritten suicide note, George accuses his departed wife of having an illicit affair with one Mr Jackson.

The letter, written in the local Kisii dialect and dated 5th of October, also reveals that the deceased had a son together. From the two-paged letter, Mr George urges Jackson to take care of his orphaned son. Sources indicate that the late George Asiba was a pastor. 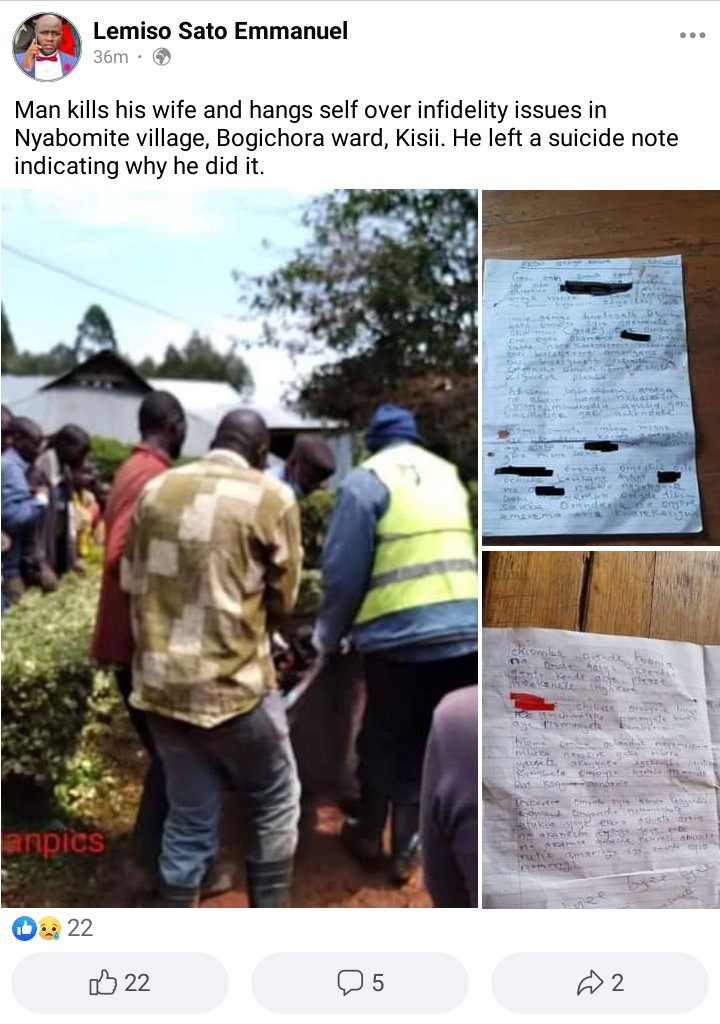 Police from the nearby station, who were alerted by neighbours of the deceased couple, said they were carrying out investigations to ascertain the cause of death of the two people.

Such incidents have been on the rise in recent months. Not long ago, a middle-aged man from Bomet County tried committing suicide after he had killed his wife over a loan.

'I Sold So Many Girls’ Ex-Human Trafficker Confesses, Reveals Tricks She Used To Lure Her Victims

Kenya To Host Precious Event In Honor Of Agnes Tirop

"Nilimdunga Shingo Mara Mbili ", Man Confesses and Explains How He Killed His Girlfriend

Meet The Richest Pastor On Earth With 4 Expensive Jets, Hundreds of Cars and Multi-billion Mansion