By TheReporterr (self media writer) | 14 days ago

A 21 year old woman has admitted to killing her boyfriend who she alleged several times claiming that he allegedly attacked her after she threatened to leave him. 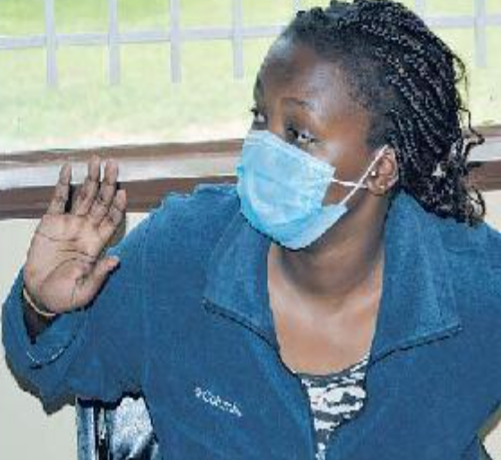 In an incident that happened a few years ago, the woman who has been identified as Wambui is reported to have been living with her boyfriend at the moment before she screamed calling upon her neighbors who came to her house only to find the deceased lying on the ground.

Reports given by the man's neighbors revealed that they were in the house before they heard the suspect calling for help. They would later find the deceased hung in a pool of blood with a knife that was still hanging out of his neck.

Unluckily for the deceased, they revealed that he allegedly succumbed to his injuries on the spot. They later called police officers who responded to the incident, took their statement after which they arrested the suspect who claimed that the deceased had attacked her.

However, investigations that were conducted by a number of agents from the director of criminal investigations proved that the suspect attacked the deceased despite the fact that he didn't make a move towards her.

In her own words, Wambui claimed that her then boyfriend who has since been buried attacked her after they both had a heated argument. However, neighbors refuted this claims after they stated that they didn't hear any form of argument between the two forcing the woman to retract her words. In the latest developments on the case, the woman has allegedly confessed to killing her boyfriend Revealing that she allegedly did so after he threatened to leave him for another woman despite the fact that they had been together for a long time.

Revealing what had happened, Wambui who pleaded guilty in order to get a lesser charge said that she attacked the sleeping man after hearing reports that he was going to leave her.