By AkumuSinaEliza (self media writer) | 1 month ago 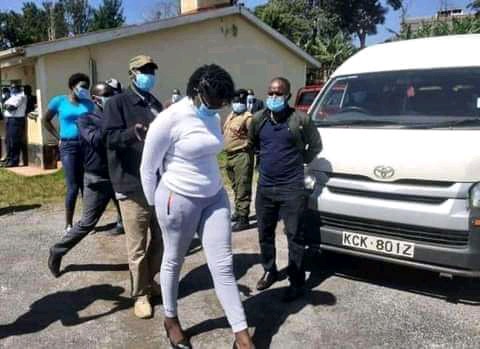 DCI have recorded a statement after arresting two love birds that had obtained money through false pretences at Embakasi police station.

Reports indicate that the suspect was Enjoying herself with a new boyfriend after she had faked her abduction and demanded 200k from her husband.

Brian Mutuku Recived a mysterious phone call from suspected abductors that asked him to send money in order for his wife Jane Wairimu to be set free on September 17th.

The terrified husband sent 17k to the suspects and proceeded to the DCIs office where he recorded a statement and the officers quickly sprung into action.

As the tracking process intensified Mutuku sent another 40k money which he borrowed from close family members and friends a few hour later the woman along with her new boyfriend were allegedly found along with another campus girl who they were living with and they were arrested. 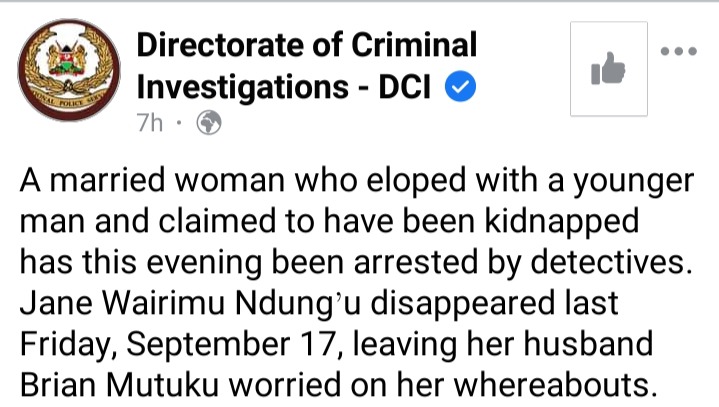 Content created and supplied by: AkumuSinaEliza (via Opera News )

How I Stole Millions From Clients-Ex Bank Supervisor