Cases of criminal activities have been in rising recently in Nairobi and its environs, especially Kiambu county. Taking to their official social media pages DCI narrated how three men who had robbed a woman in Kinoo, Kiambu county were lucky to escape death by a whisker after receiving a thorough beating from the mob. 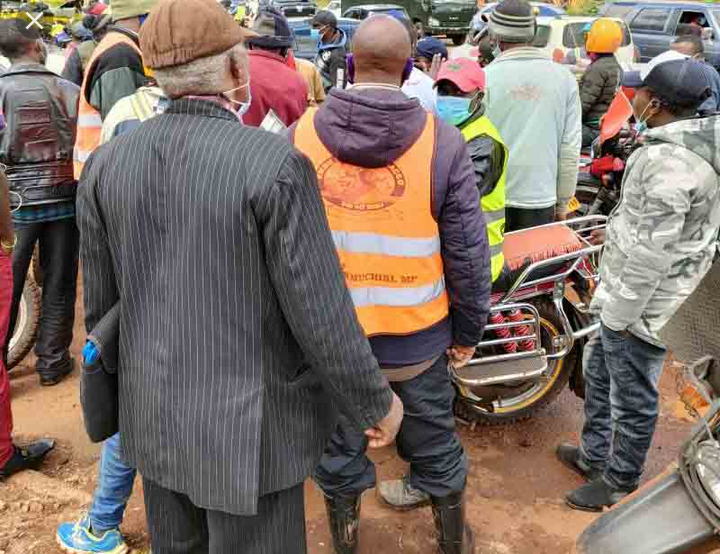 According to the source, it is reported that the three namely Topla Muteti, Kevin Kamau and Eric Karanja all aged between 21 and 22 robbed a woman who was walking home after her job. The Woman is said to have raised alarm attracting the attention of Boda Boda riders who were waiting for customers.

Immediately after the attack, the trio took a flight on their motorbike which prompt the Boda Boda riders to chase them before they cornered them around stage 87 in Kinoo when one of the thugs tried to jump from the motorbike before landing on the tarmac road. The other two landed in a ditch leaving them in the hands of the irritated mob who give them a thorough beating.

It took the intervention of police officers from Kinoo Police station who rescued them and saved their lives. The motorbike that they were using was taken to the police station as the trio are currently adnmitte at Kiambu hospital in Critical Condition.

VIDEO: CCTV Footage Shows How Kasarani Man Was Cornered, Killed In Broad Daylight by A Gunman