"My Best Friends Betrayed Me Several Times, Robbed My Place Of Work Taking Everything I Owned" Jane

Jane's story is a story of pain and betrayal, all from people she had trusted most.

After her mother died, all her relatives abandoned her and she was forced to go out and look for work. The only person who was willing to employ her was at a club. She got employed, after lying about her age.

One day, she ran into her uncle who later told the relatives where she was working. They came with the police but Jane had already ran away. She was always on the run since the police were looking for her. One day she ran into them and she was arrested. Later on the police released her and she went back to work in a club. 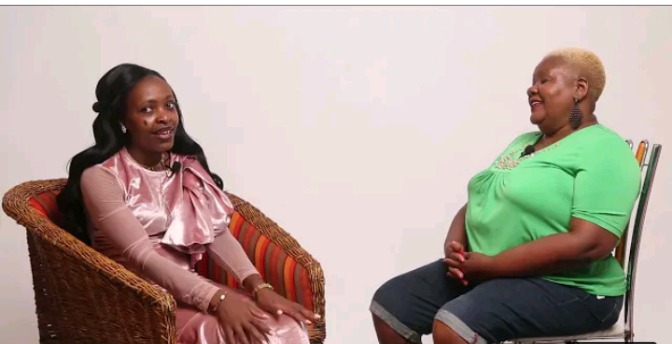 The club owner advised her to apply for an Id and lie about her year of birth, so that she van work without disturbances from the police. Jane did exactly as she was told.

Her work was so good and she was promoted to work as an assistant manager. They were two assistant managers. The other assistant, who also her friend felt threatened by her good work and thats when she arranged to have the club robbed when she was on shift.

She drugged Jane and they stole more than 50,000 shillings. Jae was blamed and had to work for more than 6 months with no pay.

After the six months, she thought of going to Mombasa, find a witch who would prove that she was innocent. She borrowed 3,000 shillings and set off towards Mombasa.

In mombasa, she was housed by a group of two girls who she didn't realize were Prostitutes until they took her to the club and told her how they earned their money.

Jane did not believe in Prostitution so she never engaged in such hideous acts. When the girls saw that, they gave her altimatum, she either paid rent or they throw her out. She went and looked for a hustle, where she was employed at a hotel. It was in this period that she found a mzungu who loved her and took her in. The white man provided everything she wanted, paid her rent for a whole year , furnished her house and left her 70,000 shillings as capital before he left to go back to his country.

After his departure, Jane decided to go home to her parents, but when she came back she found that her best friend, who took her in when she first came to mombasa by the name shiru had taken everything from her house.

The house that was fully furnished was left vacant.

Jane had gone back to square one, with no friends, no white boyfriend and no job. She had to look for other ways to go to Saudi Arabia to look for a job.