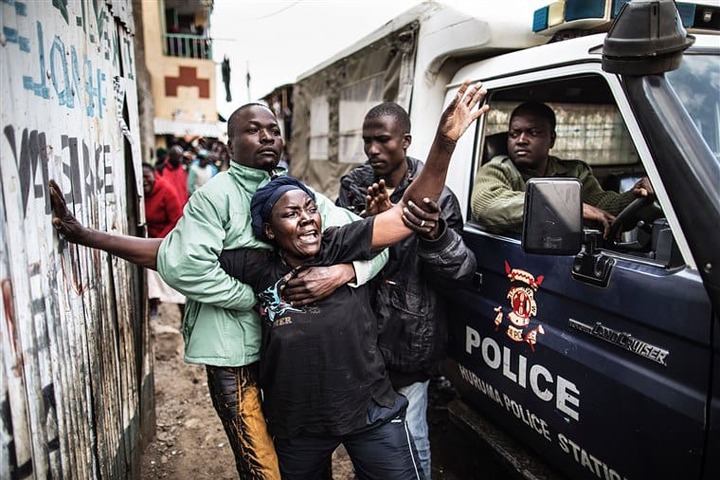 Photo used for illustrative purposes only.

Tears and a lot of pain have engulfed a village identified as Ciagiini in Kirinyaga county after a young woman brutally murdered her boyfriend in cold blood in shocking circumstances, a move that has left shock among the villagers.

As authorities confirmed, the woman killed his boyfriend identified as Eric after she confronted the deceased, accusing him of being unfaithful to her. After approaching him, a vicious argument was kicked off with the woman brandishing a knife which she used to attack her victim.

The man was left in pain and passed on moments later. Shocked residents informed the area chief who called police on the scene to collect the body which was taken to Kerugoya referral hospital mortuary.

The area chief confirmed that the victim had visited the the girlfriend's grandmother Before the attack happened.

"He was killed inside a house where the assailant lives with her grandmother," he said. 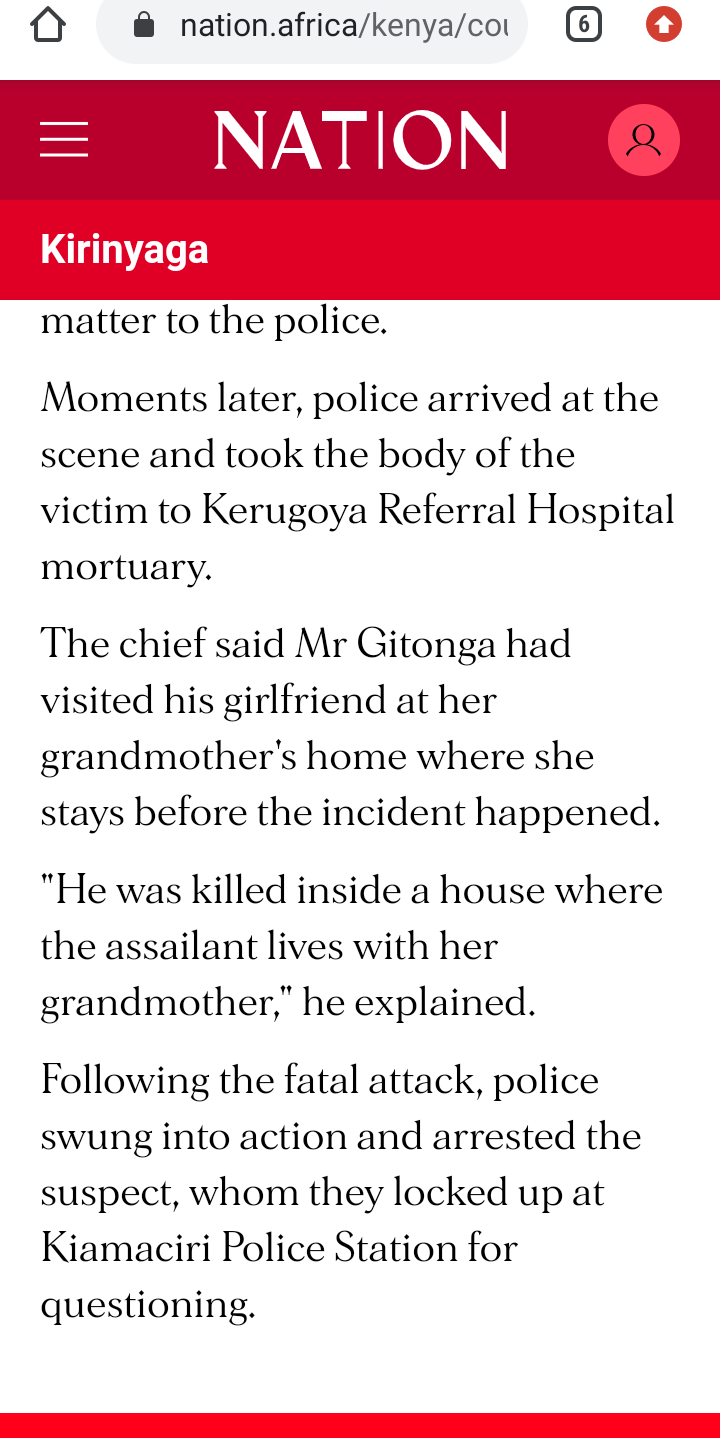 He also revealed that the killer has since been apprehended by police with the aim of ensuring she is taken to Court to answer to her crimes.