It was a shocking incident to Naivasha residents after a 23 years old man Slits his throat in public after his wife refused to take him back. The incident happened today on Tuesday April 20 at the main bus Terminus in Naivasha town.

According to the reports from the witnesses said that the two engaged in a bitter exchange of words in a matatu and that's when the other passengers asked them to excuse themselves and go solve their issues in private. After their conversation heated the man Slit his throat with a broken piece of glass, he fell on the ground from severe bleeding and finally lost his consciousness. 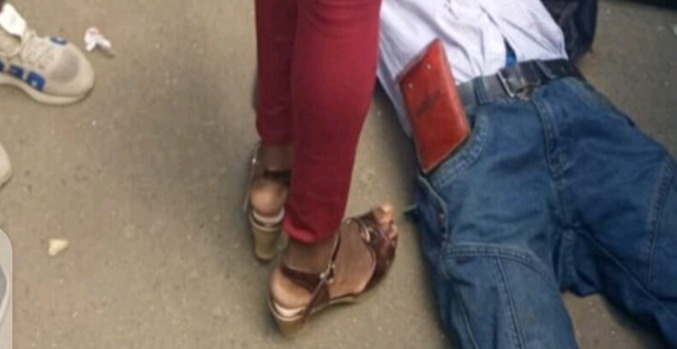 Within no time the police came and he was taken to the hospital for treatment.

According to Naivasha police commander Samuel Waweru who confirmed the incident, said that the man is alleged to have come from Thika in Kiambu county to Naivasha with the hopes that he will reunite with his wife and he did the act out of disappointment. However the commander said that the man will be charged with attempted suicide once he get discharged from the hospital.

Reports has it that the lady even after the act she still had her grounds that she can never get back with the husband.