By Reporter (self media writer) | 6 months ago

The case of a strange woman whose body was discovered in a suitcase near the GSU barracks in Kimbo, Kiambu County, and whose identity has now been established, has been solved by police in Kimbo. Esther Wambui has been identified as the woman by her husband as the subject of the investigation. Detectives at the Juja Police Station urged to her husband that he investigate the body of a lady who had been transferred to City Mortuary and was thought to be a probable match for his wife. 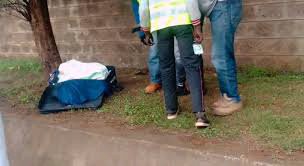 His emotions were overwhelmed as he was escorted to the location where the remains had been stored on Tuesday evening. He revealed that he had been married to the woman who had died for two years at the time of her death. He was moved to tears by the sight of the deceased man. An staff at City Mortuary confirmed to the media that the woman had been the man's wife for nearly two years, according to the employee. 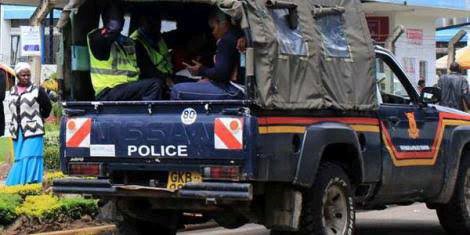 Detectives are currently investigating who carried out the killing and what led the perpetrator to do the crime.