Police officers from kitengela are currently looking for a the murderers of a middle-aged business man who is reported to have been found near dead near kitengela police station.

According to the reports given by the witnesses or rather locals from Kitengela, it has been reported that the deceased who was a known business man in the region was found dumped near a bush beside the police station by a group of Kenyans who were heading to work.

This was followed by a dramatic scene after they immediately alerted the local authorities who also rushed to the crime scene after which they took the deceased who is said to have been butchered to the nearest mortuary for postmortem services.

However, according to the reports given by the witnesses, they claimed that this was not the first time this kind of thing was happening calling upon the government to consider adding more police officers to the region.

While speaking to a heart group of nation media reporters, residents of kitengela claimed that at least 4 bodies have been found in different locations within the past 2 weeks.

In conclusiontg, they blamed the area local authorities whom they claimed were sleeping on their job because according to them, they revealed that all of the deceased residents were killed during curfew hours.

This incident has sparked alot of mixed reactions from Kenyans who seemed to have different opinions and suggestions on the matter. With a section of Kenyans claiming that maybe thugs were timing police on night patrol, others went ahead and called upon the agents from the director of criminal investigations to look into this matter before things get out of hand. 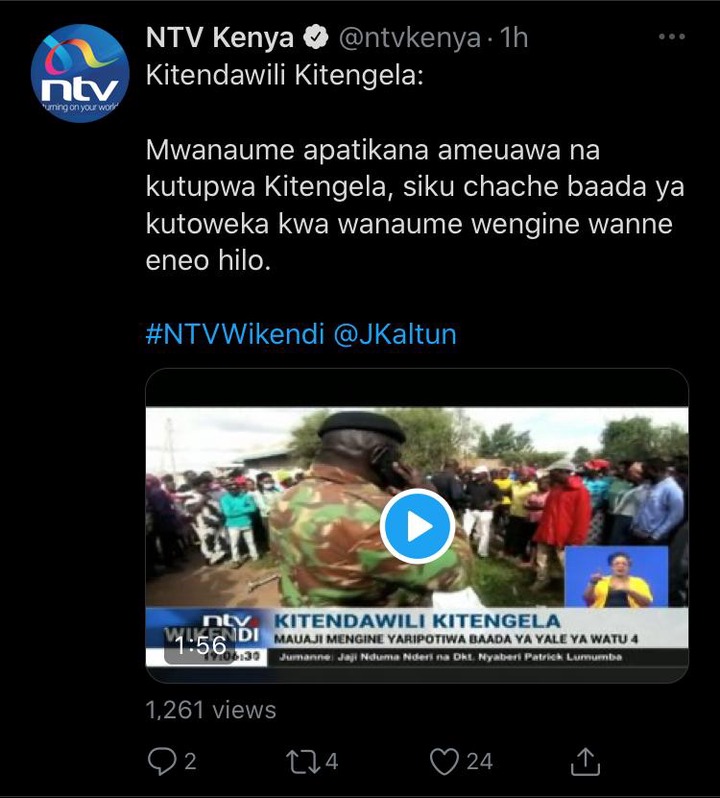